On May 1, Everton hosted Chelsea at Goodison Park stadium in Liverpool as part of the 35th round of the English Premier League season 2021/2022.

Everton is experiencing major setbacks this season. But for the match against Chelsea, they came out with a good mood.

Already from the first minutes, the hosts took a good pressure, when Anthony Gordon from the edge of the penalty area sent the ball past the goal, and Demarai Gray subsequently forced Edward Mendy to save his goal. Chelsea also responded with a dangerous moment when Mason Mount’s shot missed the target. 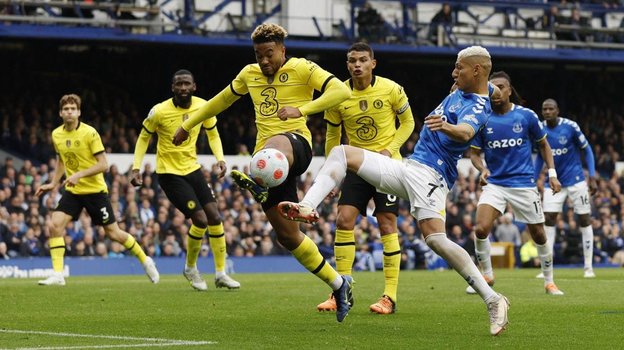 Everton started the second half perfectly when Richarlison took advantage of César Aspilicueta’s mistake to give the team the lead in the 46th minute, which was the decisive goal of the match. Soon after, the team should have doubled their lead, but Vitaliy Mikolenko shot past.

It was very difficult for Chelsea in this match, especially against such an opponent, which showed a very good game. Even Mount’s shot, which flew past the two bars and then was picked up by the goalkeeper, did not lead to a goal.

As a result, Everton won with a score of 1-0. After 34 rounds played, Chelsea are in fourth place in the English Premier League standings with 66 points. Everton (32) are 18th.