Augsburg will play at home with Bayern in the 1/16 finals of the German Cup. The match will take place on October 19, starting at 19:45 GMT.

Augsburg looks very modest this season. The team, after 10 games played, is in 12th place with 13 points.

The team has very poor defense and revliation this season. The hosts conceded 16 goals in 10 matches, while scoring 11.

The last round in the Bundesliga was not very successful, as they lost to Cologne with a score (2-3), before that there was a draw with Wolfsburg (1-1). 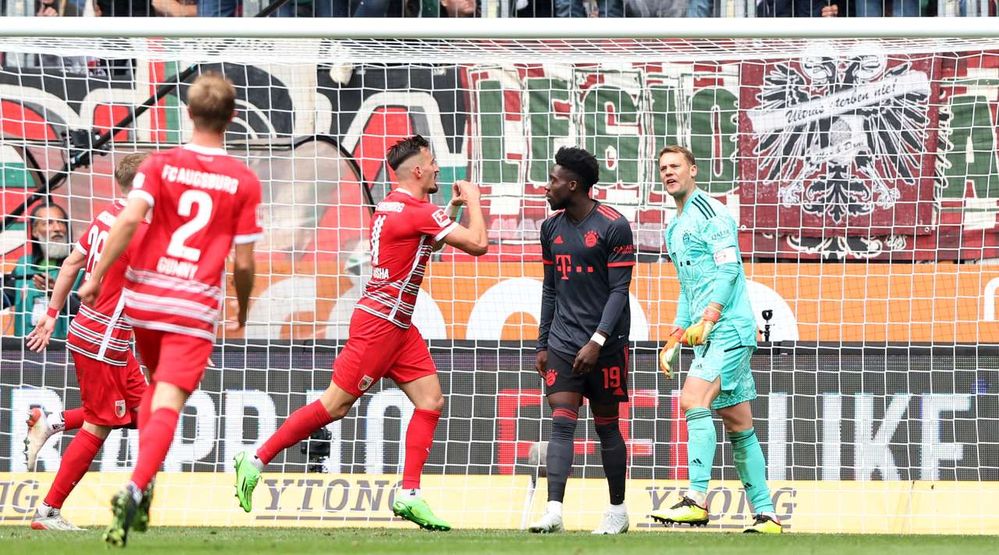 Bayern are gradually showing good results and are fighting for the first place in the Bundesliga. After 10 matches, they are in 2nd place with 19 points.

Moreover, the gap from the leader of the “Union” in 4 points does not scare anyone. Obviously, in every match, Bayern will get in shape in order to break into the lead.

In the last round, the club had a very good match at home against Freiburg with a score (5-0), before that there was a victory in the Champions League over Viktoria Plzen (4-2).

Bayern Munich have an impressive record against FC Augsburg and have won 21 of the 28 matches played between the two teams. Augsburg won five victories over Bayern Munich.

The previous game between the two teams took place in this year’s Bundelsig and ended in a 1-0 victory for Augsburg.

🎙️ He continues: "Nous is still dealing with some muscle issues. He will travel to Augsburg with us, but we will need to see tomorrow. @leroy_sane's injury isn't major, so I assume he will be out for around three weeks. We'll have to wait and see how it heals."#packmas #FCAFCB pic.twitter.com/N0uMcRPzyq

Bayern Munich are in very good shape, the club will certainly want to take revenge after losing the German championship.

Augsburg may disappoint in its day, but this match will meet with a formidable opponent. Bayern are the best team and they should win this game.

Prediction for this match: Handicap Bayern -2.5.