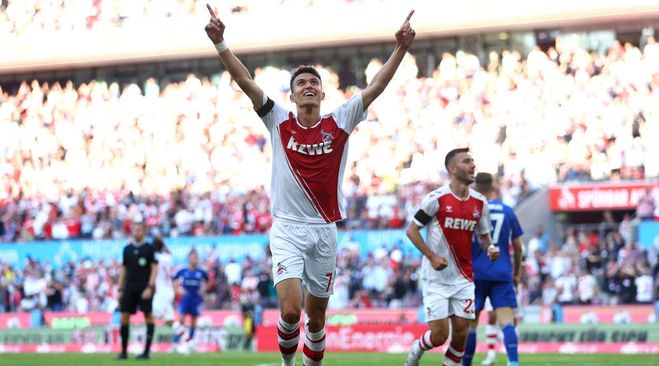 On Thursday, August 18, Cologne will meet with Fehervar in the first match of the play-off round of the Conference League. The game starts at 18:30 GMT.

The team finished last season in a high seventh place and thanks to this they will play in the Conference League qualification.

In the last match, the hosts came into play after a (2-2) draw with RB Leipzig in the German Bundesliga.

Cologne was also eliminated from the German Cup. In the confrontation with “Jan Regensburg” from the second Bundesliga, they drew (2-2), losing (0-2) during the match, but lost in the penalty shootout. Fehérvár secured their place at this stage with a comfortable (7-1) aggregate victory over Moldovan Petrocub.

The Hungarians qualified for the playoffs with a (5-0) home win and then a (2-1) away win.

The club will be looking to get back on track with a (4-0) defeat away to Ferencváros in the Hungarian league.

This will be the first meeting between the two sides. Cologne kicked off their campaign with a 3-1 win over Schalke in the Bundesliga before drawing against Leipzig on the second round.

Fehervár’s loss to Ferencváros snapped a three-game winning streak in all competitions. Mark Uth, Steffen Tigges and Dimitrios Limnios have all been sidelined with injuries.

Nikola Serafimov is the only injury of the guests before the match.

European nights are back in Müngersdorf. 😎

Cologne are favorites to win the first leg and the team started the season in good form.

Fehervar may be an underdog, but the team can be upsetting. Both teams love to play at the forefront and we could see a high scoring game with lots of scoring action.

Prediction for this match – both teams to score.