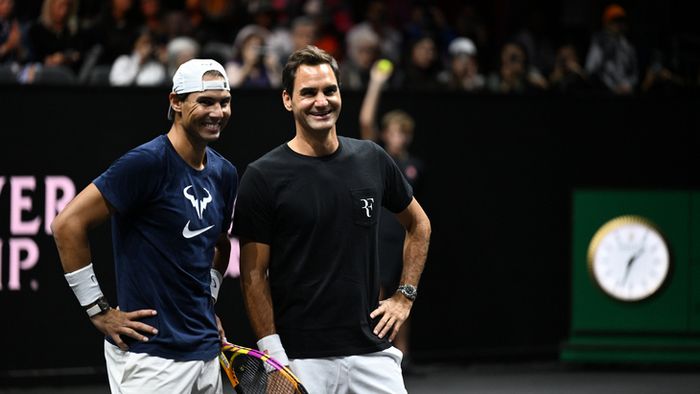 Swiss Roger Federer and Spaniard Rafael Nadal will play against Americans Jack Sock and Francis Tiafoe in a doubles match at the Laver Cup exhibition tournament.

Roger Federer retires. In mid-September, the legendary Swiss made a statement detailing why he decided to retire from professional tennis.

In short, Federer realized that he was no longer able to compete with the young. For more than a year he was recovering from another knee injury, and at some point he realized that returning for the sake of returning was not at all what he had spent so much effort for.

After all, Roger is already 41 years old, he has won everything that was possible. Therefore, this decision can not be called emotional.

At the Laver Cup, which will be held in London, Federer planned to play not only in pairs, but also in singles, but in the end decided not to risk it. Even in such a situation, the maestro did not want to play one on one, realizing that he could not do it at full strength. Therefore, Roger decided to limit himself to a doubles match.

It is difficult to say why exactly Jack Sock and Francis Tiafoe will be the rivals of Federer and Nadal, but they definitely got a great chance to become participants in a historic event.

The upcoming match will be the last in the career of the great Federer.

“Here I am, trying to prepare for the last doubles match. Let’s see what happens. I’m nervous because I haven’t played in such a long time. I hope everything goes well, ”said the Swiss, answering a question about the upcoming game.

And Federer played his last official match a year ago at Wimbledon. In the quarterfinals, Roger lost to the Pole Hubert Hurkach, and the opponent took the third set with a score of 6:0.

It is hard to imagine that the Americans would dare to spoil the show and the last match of Federer’s career. Juice and Tiafoe, most likely, will beautifully contribute to the fact that the audience is satisfied.

The result in this case is generally unimportant, but Jack and Francis certainly understand everything perfectly. But at the same time, we must not forget that Nadal really does not like to lose and the Spaniard will run for himself and for Federer.

Prediction for this meeting: Federer and Nadal win with a handicap in games (-0.5).