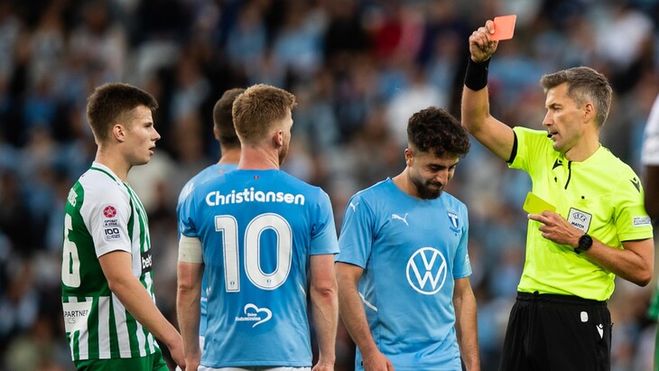 Swedish Malmo FF suffered a home defeat from the Lithuanian Zalgiris (0:2) in the second leg of the 2nd round of the Champions League qualification.

The score in the match was opened in the 34th minute. There was a long throw forward, where Oivusi rushed, and the forward sent the ball into the corner past Dalin, who had come out of the gate.

They quickly dragged the ball along the left side, passed the transfer to the center, followed by a rebound on the foot of Renan Oliveira, who sent the ball into Dylan’s goal with a touch.

At the 77th minute, the hosts remained in the minority – Christiansen broke the rules for the second time, earning a second yellow card.

In the first match, Zalgiris won with a score (1:0) and, on the basis of two matches, Zalgiris advanced to the 3rd round of selection, where they will play with the Norwegian Bodø-Glimt.