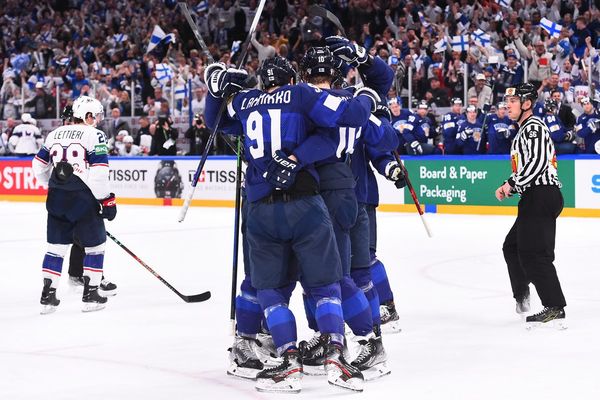 On May 28, in Tampere (Finland) at the Nokia Arena, the first semifinal match ended, in which Finland played with the US team.

In the first period, both teams scored one goal each.

(0-1). Team USA won the face-off in the opponent’s zone, further from the right circle of the face-off the puck was raised to the blue line by Tinan, Peak in turn made a transfer to the port side, and Schmidt made a strong shot into the near corner of the goal, Godette, who fought in the patch, could make a correction, but the puck still went under the crossbar without him.

(1-1). Heiskanen shifted from the left side to the patch and then performed an excellent shot into the near corner of the goal from an uncomfortable hand, the puck went under the crossbar and here Sveiman could not do anything, it flew over his shoulder.

In the second period, the Finns were able to score two goals, and the United States only one. 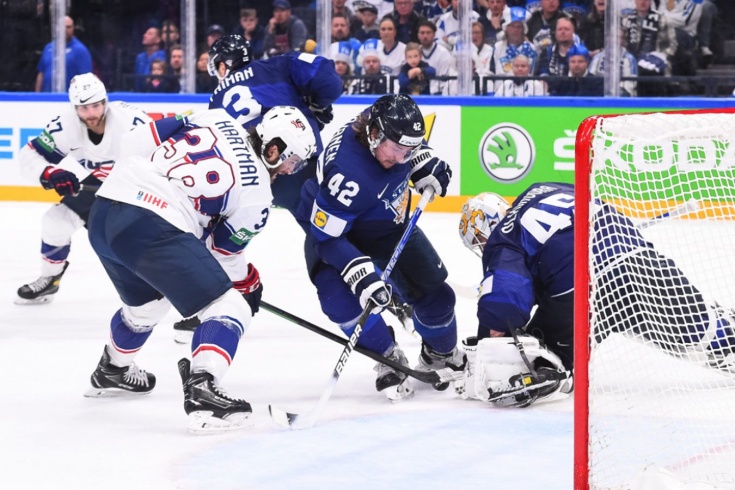 (2-1). Lehtonen from the blue line made a pass to the left circle of the face-off, Manninen earned the puck, and then made an excellent throw into the far corner of the goal, Seth Jones flattened himself on the ice, but this one did not help in any way, he could no longer save his team and Sveiman.

(2-2). Farrell from the starboard side rose to the far patch and then made an excellent throw to the right nine, Alkinuora was powerless.

(3-2). Pesonen climbed from the left corner of the court to the blue line, followed by a pass to Vatanen, Sami, in turn, ran back into the left circle of the face-off, Vatanen beat Bellows and made a good shot on goal, Jones was on the throw line, Sveiman did not see the moment of the throw, in as a result, the puck flew between the legs of two hockey players of the US team.

In the last third period, the teams scored one goal each. But Finland’s puck became the winner in this game. 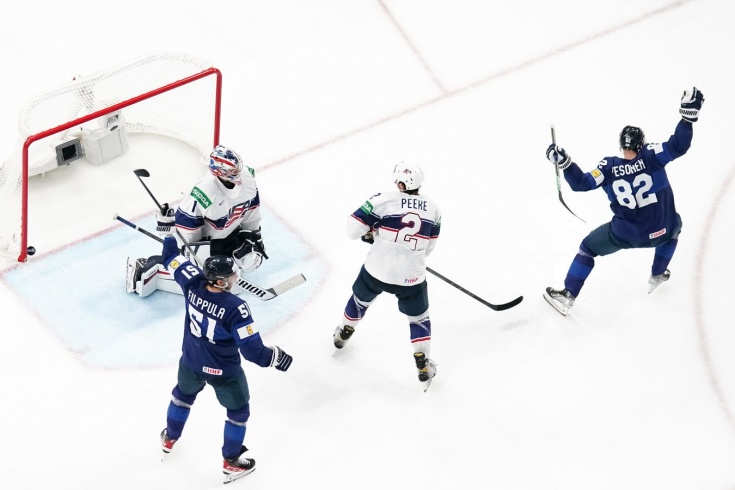 (4-2). At the moment Lettieri entered the ice, the Finnish team scored the fourth goal. From the right face-off circle, Armya made a great shot into the near corner of the goal, the puck flew between Schmidt’s legs and then went over the Swainman trap.

(4-3). Tinan from starboard made a pass to the baseline, Baldy immediately lifted the puck into the right faceoff circle, and Godette made a strong shot on goal, Alkinuora did not have time to close the pads, the puck was finally in the net.

As a result, the victory of Finland brings the national team to the final of the 2022 World Cup.