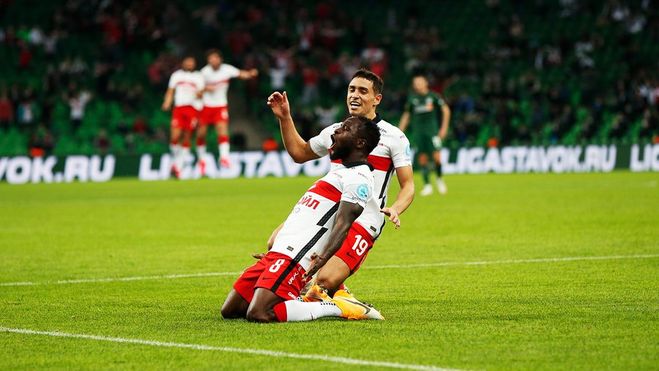 Krasnodar will play at home with Spartak in the 2nd round of the Russian Championship. The match will take place on July 23, starting at 17:00 GMT.

Krasnodar has a big dream to compete for victory in the championship of Russia. But so far the club is not doing well.

The starting round was not entirely successful for the team. Krasnodar played in a draw with Fakel with a score (2:2).

Matches with Spartak for Krasnodar always turn out quite well. Of the last five head-to-head matches, the club won three times, losing twice.

Spartak, under the leadership of a new coach, is being built almost from scratch. So far, the results are not encouraging after the first round.

The starting round of the team was not so successful. Draw with Akhmat (1:1), as well as the removal of one from the player.

In this match, Spartak will probably try to play as actively as possible in attack.

Krasnodar in the starting round was frankly not impressed. Spartak has strong attacking performers. Both teams love and know how to attack, and will compete for three points.

Our prediction for this match is Spartak’s victory with odds of 2.31.