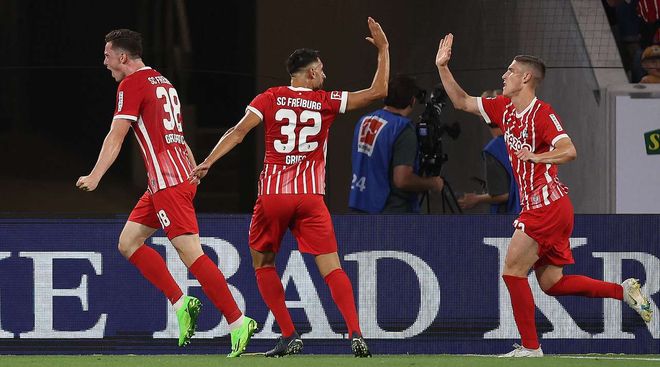 Freiburg will play at home against Bochum in the 4th round of the Bundesliga. The match will take place on August 26, starting at 18:30 GMT.

Freiburg started their German championship well. After a (1-3) loss to Borussia Dortmund two weeks ago, the club returned to victory with a (1-0) win over Stuttgart, with Vincenzo Griffo scoring the only goal of the game.

The team is fifth in the Bundesliga standings with six points out of nine possible.

In the 1/32 of the German Cup, Freiburg could hardly get past Kaiserslautern, who were defeated only in extra time with a score of (2:1).

Bochum, meanwhile, had a poor start to his Bundesliga campaign. They are one of two teams that have lost all three Bundesliga matches this season.

They lost (0-7) to defending champions Bayern Munich in the last round and will be desperate for a result here.

Guests are at the bottom of the standings. They will now be aiming for their first championship win of the season.

There were 16 meetings between Freiburg and Bochum. The hosts have won seven of those games, while Bochum has won six. There were three draws between the two clubs. The last time the two teams met was last season in a league match in which Freiburg won (3-0).

Freiburg have won all but one of their four games this season. Lately they have had problems on the home field in the league, in this match the team needs to bounce back.

Bochum has lost his last three games on the rebound and has the worst defensive record in the league. Their fight could continue on Friday.

Prediction for this match: Freiburg will win with a handicap (-1).