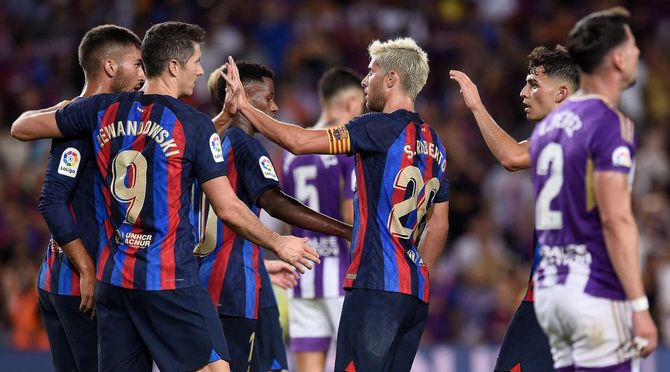 Today, August 28, Barcelona in the 3rd round of the Spanish Examples played at the stadium “Spotify Camp Nou” with Valladolid.

The hosts got off to a good start, but there was a setback when Lewandowski hit the post before Ousmane Dembele hit the bar furiously.

However, the breakthrough came in the 24th minute, with Lewandowski on hand at the far post to deliver Rafinha’s inviting cross.

Not long before the break, Pedri found space around the penalty to comfortably guide Dembele’s pass past the helpless Jordi Masip. 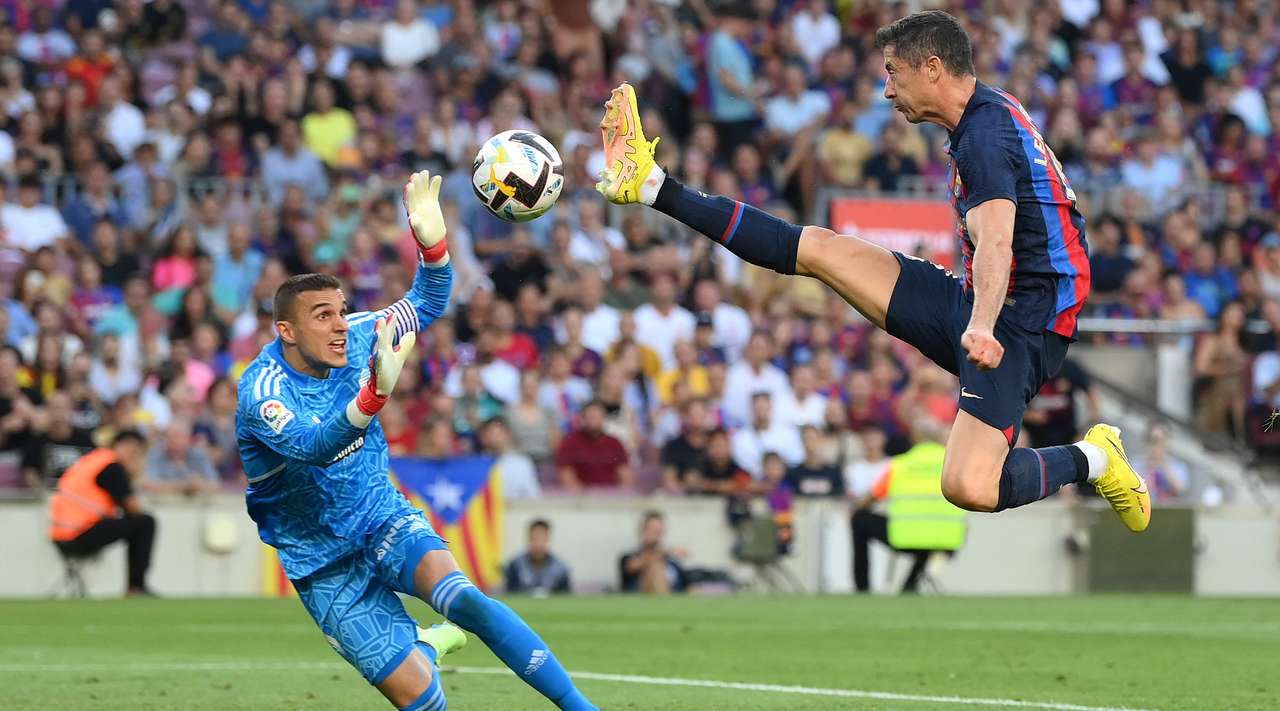 Barcelona continued to dominate in the second period, with 66% of the balls at the hour mark, and although the fans had to be patient to score the third goal.

Dembélé moved to the center right and passed to Lewandowski, who masterfully heeled past his defender and goalkeeper to take his tally to four goals in three games for his new team.

Lewandowski didn’t score a hat-trick in stoppage time, hitting the frame from close range, but Sergi Roberto was ready to deflect the rebound.

Barcelona have seven points and are in second place in the standings. Valladolid is 17th with one point.