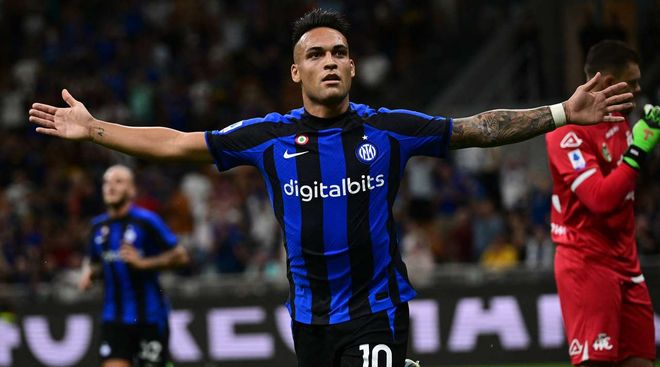 The match of the 2nd round of the Italian Serie A ended today. In this meeting, Inter hosted Spezia at home.

The account was opened in the 35th minute. He caught the ball in front of Lukaku’s penalty area and dropped his head on Lautaro Martinez, who shot with one touch from the fly exactly into the bottom corner of the opponent’s goal.

In the 52nd minute, Lukaku broke through from the right flank into the penalty area of the guests, but Kiver did not allow him to break through, knocking the ball out in a tackle. Chalkanoglu played on the rebound and sent the ball into the near bottom corner with a touch.

In the 82nd minute, Dzeko jumped out one on one with the goalkeeper after a pass from Dumfries, beat Drongovski with a feint, but did not hit from an acute angle, but gave it across to Joaquin Correa, who was already scoring into an empty net.

On August 26, Inter will play Lazio on the road, and Spezia will later host Sassuolo.