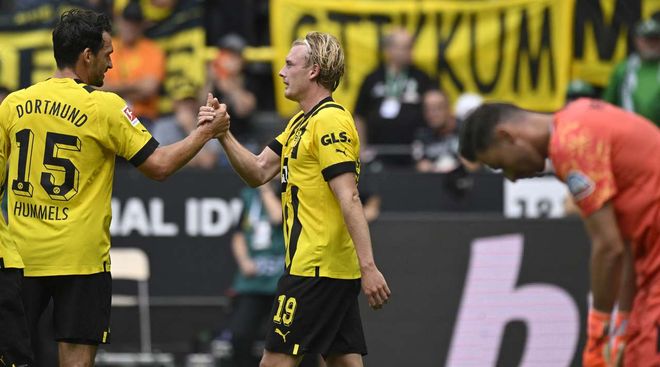 Borussia Dortmund will play on the road against Hertha Berlin in the fourth round of the German championship. The match will take place on August 27, starting at 13:30 GMT.

Hertha Berlin is in 16th place in the Bundesliga standings and is in trouble this season.

Last week, the hosts were defeated by Borussia Mönchengladbach with a score of 0:1. The key event was the removal of Filip Uremovich in the middle of the second half.

Hertha have conceded at least one goal in all matches of the new season.

Borussia Dortmund, on the other hand, are currently in seventh place in the standings and have been fickle this season.

The team were defeated 2-3 by Werder Bremen in the previous game and cannot afford a similar result.

It is noteworthy that in the second round Borussia won a strong-willed victory over Freiburg (3:1).

The previous meeting between the two teams took place in May this year and ended with the victory of Borussia Dortmund with a score of 2:1.

Borussia Dortmund have a good squad at their disposal and will want to forget about the defeat against Werder Bremen. Guests conceded three goals in the last six minutes of the game.

Hertha Berlin have struggled this year and will need to show their best to have a chance in this game.