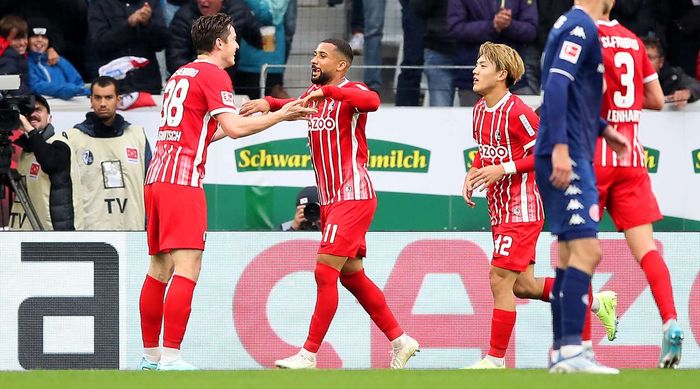 In the match of the 9th round of the championship of Germany, Hertha Berlin will host Freiburg at the Olympiastadion in Berlin. Starting at 15:30 GMT.

The club showed a poor result in the new season of the Bundesliga and managed to win only one match, in the 5th round against Augsburg with a score (2-0).

In the last round, Hertha played at home with Hoffenheim, where they played in a draw with a score (1-1).

The team will show better results at home than away. Over the last three games at home, the hosts have 2 draws and a defeat. The guests showed slightly better results and are currently in 2nd place in the Bundesliga standings with 17 points after 8 matches. This team has scored 12 times and conceded 6.

The club played very well in the last two rounds of the championship, where they managed to win a match with Mainz at home (2-1), as well as a draw against Hoffenheim (0:0) away.

The guests also have great success in the Europa League, as they scored 9 points in three rounds. In the last match, they managed to defeat Nantes with a score (2-0) at home.

As you know, the team scores very little, for 7 rounds only 5 goals, which is less than other rivals, the same number of goals (5) only for Bochum.

As you know, in the last three games on a foreign field, Freiburg has 2 wins and one draw.

As for Freiburg, Vincenzo Grifo scored in the middle of the week to maintain his record for goals scored in all their European group games, and yet he is aiming for his first Bundesliga goal since the first game in September.

31 meetings took place between Hertha and Freiburg. The hosts have won nine of those games, while the visitors have won ten.

There were 12 draws between the two teams. Freiburg have won four of their last five games in this match. this season without a win at home.

Hertha drew three times in a row and won only one league match for the whole season. They are without victories at the Olympic Stadium and can compete here.

Meanwhile, Freiburg are on a winning streak and unbeaten in their last nine games in different competitions. They have won five out of six away matches and are clear favorites in this match.

Prediction for this match: Freiburg win