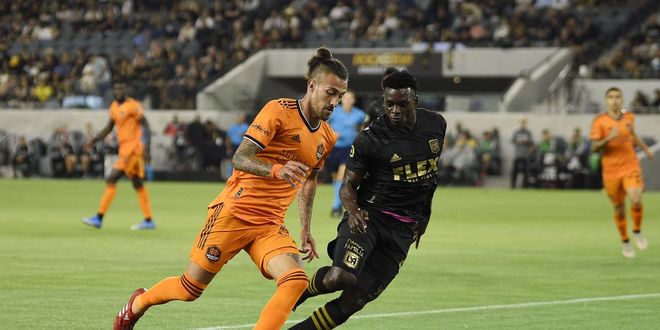 Houston Dynamo will play at home with Los Angeles in the 28th round of the US Championship. The match will take place on September 1, starting at 00:30 GMT.

The Houston Dynamo are currently bottom of the MLS Western Conference standings and have not lived up to expectations this season.

The hosts were defeated by Minnesota United (1:2) in the previous game.

Houston Dynamo is traditionally difficult to resist “Los Angeles”. Of the last five matches lost two out of three matches.

Los Angeles, on the other hand, is currently at the top of the standings and has been doing well this year.

Last week, the guests were defeated by Austin with a score of (1:4).

Los Angeles FC played well against the Houston Dynamo and won four of the nine matches played between the two teams, with the remaining five matches ending in a draw.

After a successful run of 11 wins in 13 MLS games, Los Angeles were defeated in the last two matches of the tournament.

While Los Angeles remains unbeaten in their eight games against the Houston Dynamo in MLS, both league games between the two teams ended in a draw last season.

Los Angeles has shown impressive results this season, but is now in a slump. The guests have conceded six goals in their last two league matches and they will need to show a good result in this match.

The Houston Dynamos have struggled over the past year and there are a few issues to resolve before this game. “Los Angeles” – in this match is vafoit.