Israel U19 v England U19 predictions and free betting tips 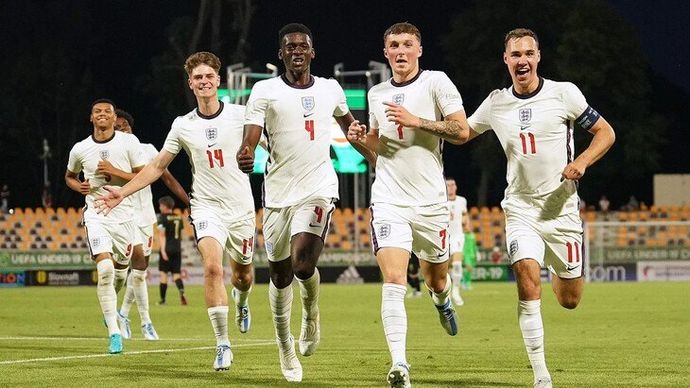 On Friday, July 1, the final match of the UEFA European Under-19 Football Championship will take place. England and Israel will meet in the match, the match starts at 18:00 GMT.

In qualifying, Israel won four matches out of 6, losing only to the Netherlands (1:4) and drawing with Hungary (0:0).

In the opening match of the Euro, the young Israeli team, having conceded an early goal, managed to impose a fight on Serbia and missed the victory already in stoppage time – (2:2).

Then the team played with Austria, and managed to beat them with a score (4-2). After minimally lost to England, but managed to leave the group from second place.

In the semi-finals, the team surprised many by knocking out one of the favorites of the tournament – the French team. Having scored two goals, not without the help of an own goal, the Israelis kept the victory – 2:1.

England went through two qualifying rounds, winning five out of six matches and scoring two or more goals in each. Only the match with Switzerland ended with the score (0:0).

In the opening match of the group stage, the young team won the Austrian national team (2:0), and the meeting with Serbia in the second round ended in a defeat with a score (4:0).

England defeated Italy in the semi-finals. Taking an own penalty already in the 12th minute, the England team scored twice after the break, pulling out a strong-willed victory.

Israel U19 in this match can only hope for a miracle, as England U19 is clearly stronger than the opponent.

Our prediction England will not lose in this meeting.