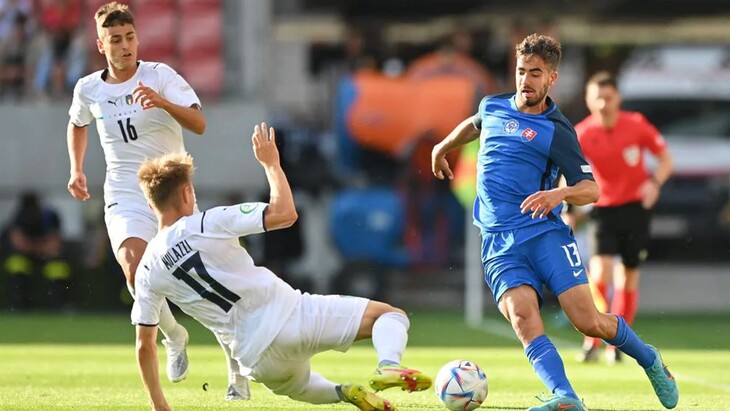 On June 21, the group stage match of the 2022 European Junior Championship took place between the Italian national team and Slovakia.

The Slovakian national team suffered a home defeat against the Italian team in the match of the 2nd round of the group stage of the European Youth Championship for players under 19 years old.

The only ball in this match was scored in the 33rd minute. Italy pressed the opponent in the opponent’s half, Miretti dragged the ball through the center and made a pass to the left, Giuseppe Ambrosino burst into the penalty area and shot right under the crossbar.

After the victory, the young Italian team takes first place with 6 points. Slovakia, meanwhile, is in 4th place with 0 points.

In the third round, the Slovakian team will play with Romania, and the French team with Italy. Both matches will be played on June 24th.