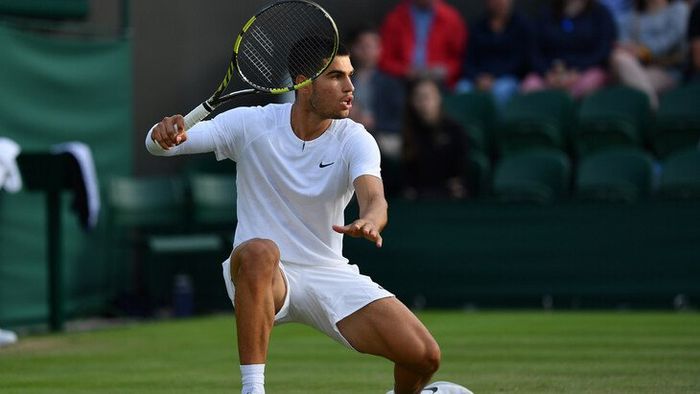 Spaniard Carlos Alcaraz will play against Italian Yannick Sinner in the fourth round of Wimbledon. The match will take place on July 3, starting at 14:00 GMT.

Sinner entered his second week at his fourth consecutive Grand Slam. As you know, until this season he did not have a single victory at Wimbledon.

In the last round, the tennis player from Italy won a cool victory over John Isner.

In the first and third sets, Sinner made one break each, and in the second he managed to win on a tie-break.

In the first rounds at Wimbledon, Sinner defeated the Swiss Stan Wawrinka and the Swede Elias Ymer.

Alcaraz, meanwhile, will also play in the fourth round of Wimbledon for the first time. Last year he was eliminated after the second round.

The tennis player from Spain has become a very good tennis player as he has gained good form and can compete with Novak Djokovic and Rafael Nadal.

In the third round, Carlos won Oscar Otte. As expected, the opponent could not do anything at all, even due to his unpleasant delivery.

To beat Alcaraz, one serve is clearly not enough. The Spaniard completely outplayed the opponent on the back line, delighting the audience with chic blows over and over again.

As you know, Sinner beat Alcaraz that year at the Masters tournament in Paris.Both tennis players will show a very good game, and there will be an equal and interesting game.