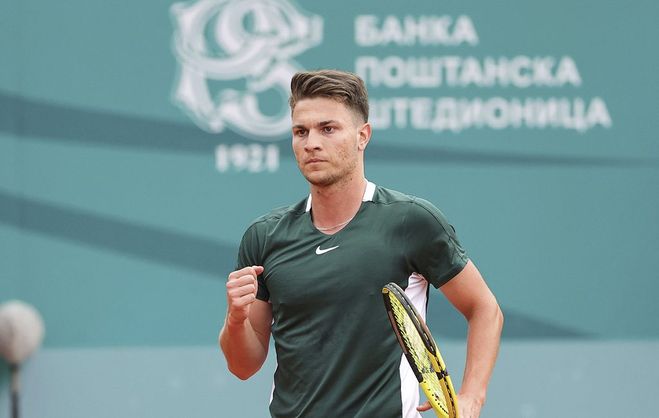 10th seed Jannik Sinner will face Miomir Kecmanovic in the second round of the Western & Southern Open on Wednesday.

Sinner won 37 out of 47 matches this season, winning the Croatian Open in Umag, beating Carlos Alcaraz in the final. He also reached the quarterfinals of the Australian Open, Wimbledon, Miami Masters, Monte Carlo Masters and the Italian Open.

After losing to Pablo Carreno Busta in the round of 16 of the Canadian Open, the Italian entered the Western & Southern Open as the 10th seed and secured a spot in the second round.

Kecmanovic has won 30 of 47 games this season, reaching the quarterfinals of the Indian Wells and Miami Masters. He also reached the round of 16 of the Australian Open where he lost to Gael Monfils.

The Serb was defeated in the first round of the Canadian Open, losing 6-1, 7-5 to Botić van de Zandschulp.

After that, the tennis player took part in the Western & Southern Open in Cincinnati and secured a place in the second round by defeating Canadian Open champion Pablo Carreno Busta with a score of 1-6, 7-5, 7-6 (4).

The winner of the match will face Felix Auger-Aliassime, who took seventh place, or Alex de Minor in the 1/8 finals of the Western & Southern Open.

Sinner will look aggressive from the start of the match and may try to combine his powerful ground shots with sweeps and drop shots. The tennis player also has the ability to win in difficult situations due to his composure on the court.

Kecmanovic has won 15 of 21 hardcourt matches this season and has done well in Indian Wells and Miami. The Serbian has a strong serve but is also prone to double faults, seven of which he served in the previous match.

Prediction for this meeting: Sinner to win in straight sets.