An equal game that lasted 120 minutes, but the main hero of Croatia showed himself in the penalty shootout.

The Croatian national team – the finalist of the 2018 World Cup – has already reached the quarterfinals of the World Cup in Qatar. And again wins the penalty shootout.

Japan played the group stage matches with dignity, where they managed to leave the 1st place. But the opponent in the 1/8 stage turned out to be stronger.

The group where the Japan played

The Croatians in the match with Japan took the ball from the first minutes (60% control before the break), and this was to be expected.

Croats made a lot of crosses, and also actively used casts. But in general, the team coped with the attacks of Croatia. The Japanese national team defended well and put pressure at an average pace.

In the first half, the teams scored three shots each and one on target. The only hit of the Japanese led to a goal.

After the break, the Croats needed to add speed and combination play. Croats needed non-standard solutions. The team managed to score in the 55th minute.

As a result, most of the time ended in a draw (1-1), at the end of the second half, both teams played neatly and harmoniously. The result was extra time. 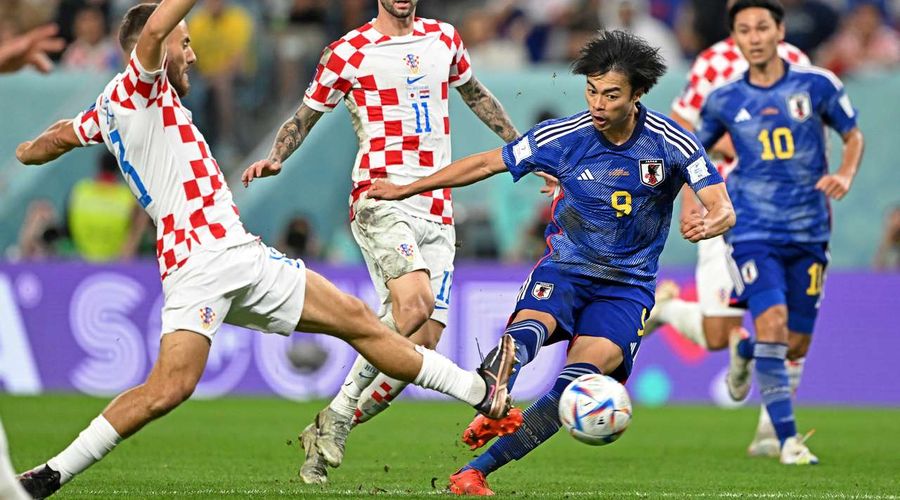 In the overtime, both teams hit the target once and, without creating real scoring chances, waited for the penalty shootout.

In the penalty shootout, Croats turned out to be stronger, the players were more confident in hitting than the opponent, which led to success and advancement to the next round.

In the quarter-finals, the Croatia will play the winner of the match Brazil – South Korea. The Japan team leaves this tournament.