Japan will play at home with Spain in the 3rd round of the group stage of the World Cup. The match will take place on December 1, starting at 19:00 GMT.

In Group E, any team has a chance to progress and is able to break into the next stage of the World Cup 2022.

As you know, the two rivals meet for the first time in history in an official duel, while in a friendly game in 2001, Spain were stronger.

As you know, Japan had a very successful first round in the match against Germany, as they managed to win with a score (2-1).

In the second round, there was every chance to secure a place in the playoffs, for this it was necessary to defeat Costa Rica. But the Japanese could not be stronger and lost (0-1). Spain are very close to reaching the playoffs after a (1-1) draw against Germany on Sunday.

Only one point is enough for Spain to progress, and even a loss to Japan will still give the team a decent chance to achieve the desired success.

The team, as a rule, were confident: rarely anyone copes with growing attacks, which consist of ten or more passes and subsequently lead to a shot from the penalty area.

Spain have a very good result in goals scored (8-1). This success brought the team the first round, where the team managed to defeat Costa Rica with a score (7-0).

Shuichi Gonda will aim for his first clean sheet in ten competitive games and his first World Championship score. 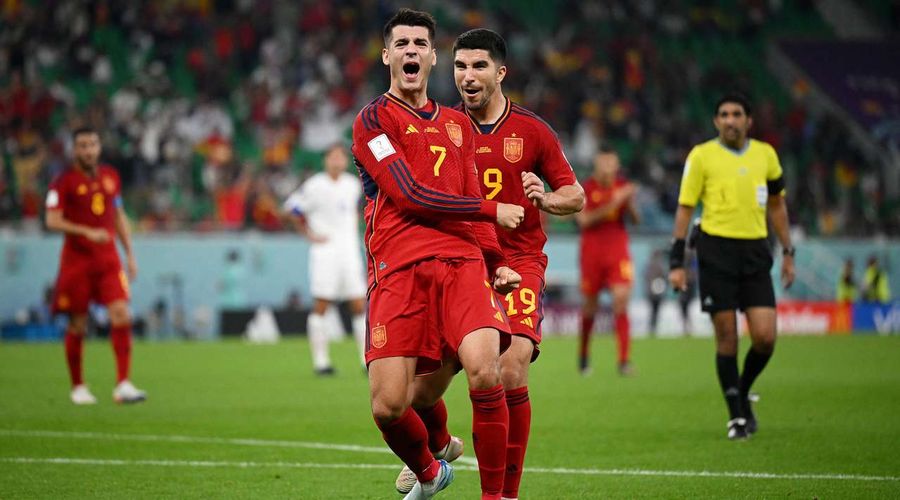 Alvaro Morata, who struck against Germany, is now the only Spaniard to ever score in consecutive games from the bench in this tournament.

Spain have an impressive record against Japan and have won the only match that has been played between the two teams.

Japan have lost three of their last four matches at the FIFA World Cup – as many defeats as they had suffered in the nine such games preceding this run.

The final matches in Group E and F are today! 👊

Who will be advancing to the Round of 16? 🤔#FIFAWorldCup #Qatar2022

This match is expected from the opponents of a real fight. Most likely, the Spanish national team will not take risks and will try to take control of the game from the first seconds, which will eventually bring an important victory.

Japan will also try to look for their moment at the opponent’s goal in order to compete for a good result.

Prediction for this match: Handicap Spain (-1.5).