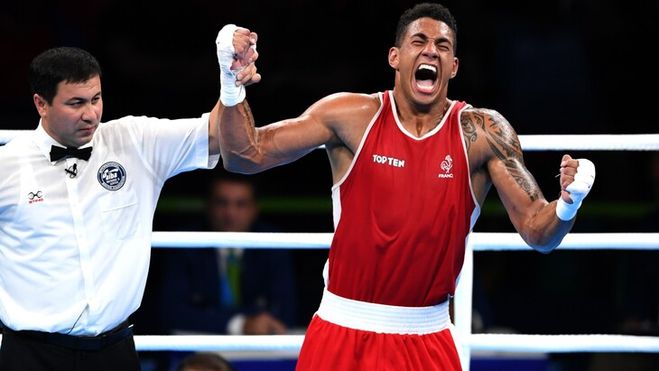 On July 3, a title fight for the WBC Silver and WBO International heavyweight boxing title between Joe Joyce and Christian Hammer will take place. Approximate start of the battle at 21:00GMT.

Joe Joyce will be making his second consecutive WBC Silver and WBO International title defense. As you know, in the last three fights, the Briton won by knockout.

Joe has never lost in his career. In total, Joyce has 13 victories, while 12 of them were won ahead of schedule. The only one who managed to reach the decision of the judges in a fight against a boxer is Bryant Jennings.

Then, as you know, the meeting lasted all 12 rounds, and the referee unanimously gave the victory to Joyce. A boxer in each of his fights acts from a position of strength.

Hammer entered the title fight after defeating Jaran Jananin in a previous fight. Then the boxer knocked out his opponent in the first round.

However, as you know, Hammer lost in meetings with more serious rivals. The boxer fought Frank Faure and Hughie Fury. Hammer also fought Alexander Povetkin, Tyson Fury and Luis Ortiz and lost to all of them.

The boxer has good experience, but still he clearly lacks class in battles with serious opponents.

In this fight, Joe Joyce is the favorite and should win this fight. Nevertheless, Hammer will not be able to finish right away.

Our prediction for this fight is under 8.5 total rounds with odds of 1.62.