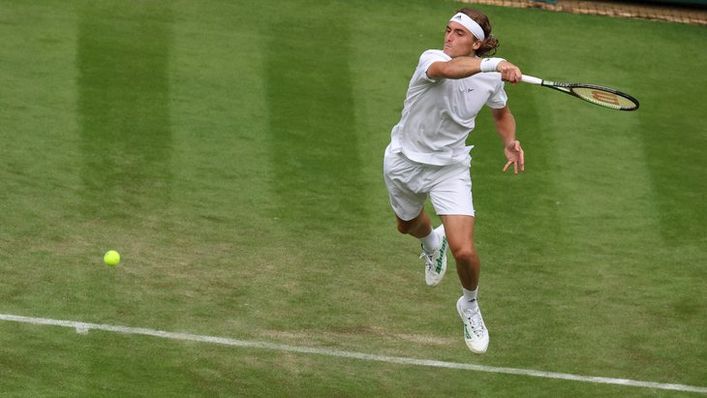 Greek Stefanos Tsitsipas will play against Australian Jordan Thompson in the second round of Wimbledon. The match will take place on June 30, starting at 12:00GMT.

Thompson scored a crushing victory over Roberto Carballes-Baena in the first round.

If in the first set there was at least some resistance, then the second and third opponents gave up almost without a fight.

But this result should not be ignored. Since Carballes-Baena is not one to cause trouble on the grass.

As you know, Thompson did very well in two British Challengers. In Surbiton, the Australian took the title, and reached the final in Nottingham. But there were also failures, of course.

In Mallorca, the tennis player from Australia lost in the first round to the Argentinean Sebastian Baes.

Tsitsipas completed the first lap at Wimbledon for the first time since 2018. Prior to that, in three cases out of four, he flew out after the first match.

This time, Stefanos started by defeating Alexander Ritschar. But as you know, the victory was not as confident as expected.

The opponent managed to take the set, and also in the first game it came to a nervous tie-break.

The previous week turned out to be quite eventful for Tsitsipas. The Greek took the first title on grass, winning the tournament in Mallorca.

You can bet on Thompson in this match for 5.05, the Tsitsipas victory is offered for 1.19.

In this meeting, Tsitsipas can also give one set to the opponent, but the tennis player from Greece is considered a clear favorite for this match.

Our prediction for this match is Tsitsipas win + total sets over 3.5 at 2.31.