The 10th round of the Spanish Championship 2022-23 has ended. Real Madrid and Barcelona won this round of La Liga.

He pulled himself up to the leaders of Real Sociedad. The goal is to compete with Spanish football clubs.

According to the results of the matches of the 10th round, the following clubs changed places: Osasuna (7th place) and Villarreal (9th place). 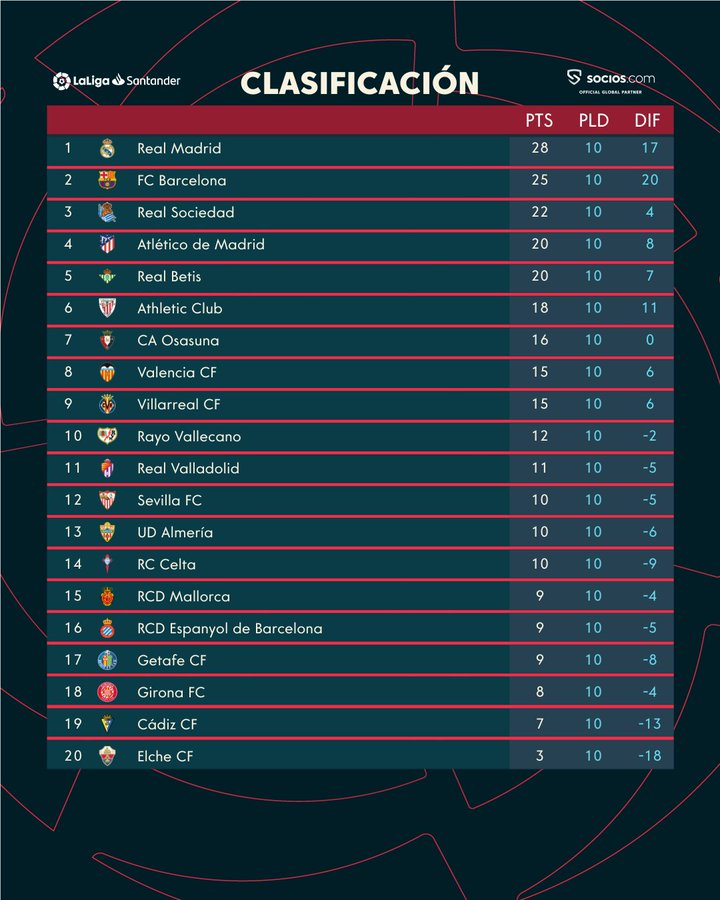 Girona dropped into the relegation zone from 16th to 18th place. Almeria has risen, +5 lines and the team is already 13th.

Real Madrid is the sole leader of the Spanish championship. The club demonstrated this back in the 9th round, when they beat Barcelona (3-1).

In the 10th round, the away team beat Elche (3-0). The winners included Karim Benzema and Valverde with Asensio.

After this victory, Real Madrid scored 28 points. Next comes Barcelona, which has 25 points.

The team managed to defeat Villarreal (3:0) at home. Lewandowski scored a double + another goal scored by Fati. 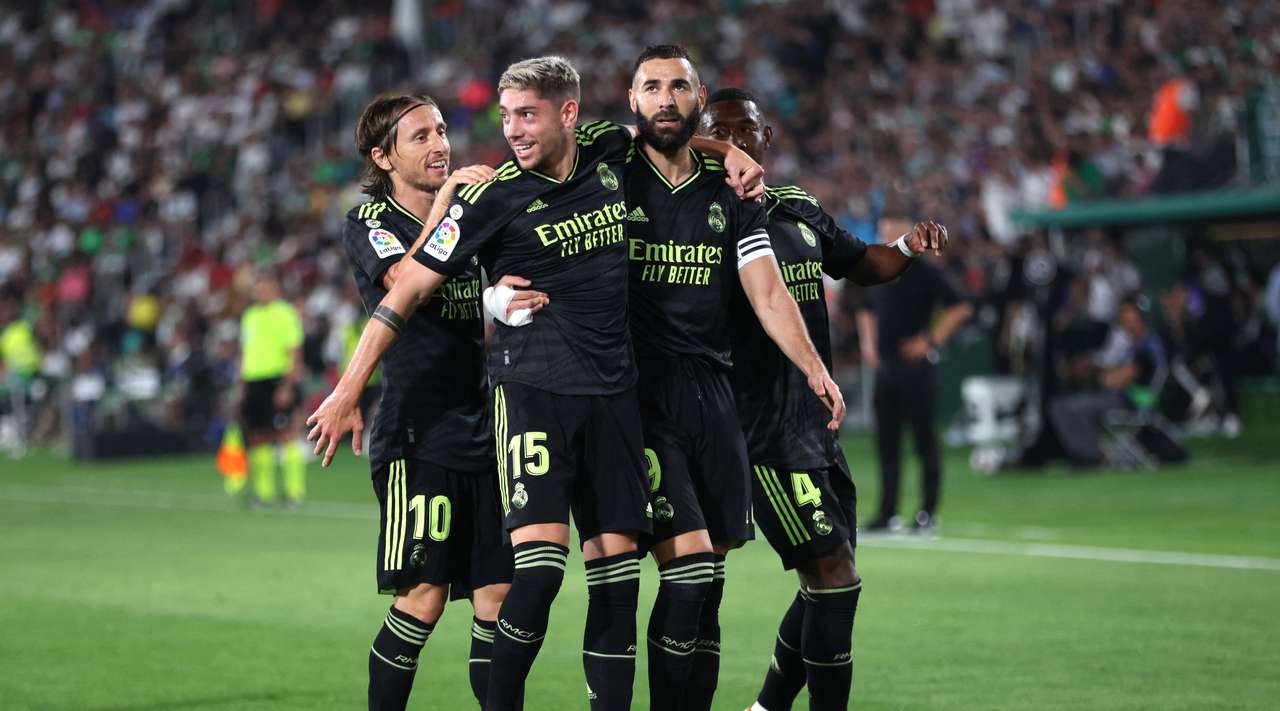 Real Madrid and Barcelona. Real Sociedad is now trying to keep up with the favorites. The club scored 22 points in the standings.

A series of victories for the team from San Sebastian has already reached the 5th match. In the last round, Sociedad beat Mallorca at home (1-0). Merino scored the winning goal.

As you know, Atletico Madrid (4th place) and Betis (5th place) scored 20 points in the standings. 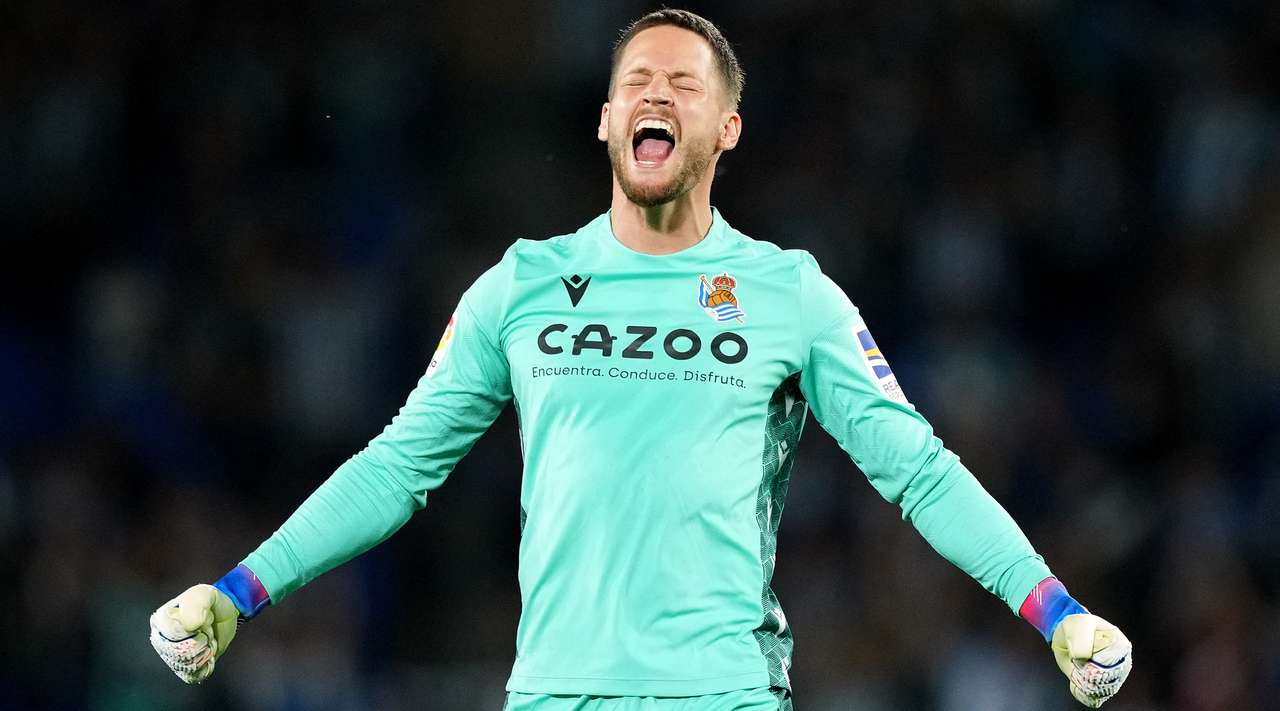 Direct participants for survival in the tournament table met in a head-to-head confrontation. Almeria beat Girona (3-2).

With this victory, Almeria scored 10 points and climbed to 13th place in La Liga. Girona with 8 points fell into the relegation zone – to 18th position. 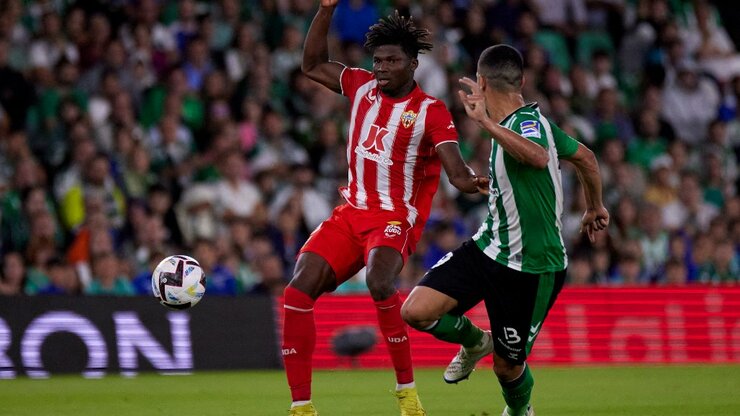 The leader of La Liga, Real Madrid, will play their match at home against Sevilla. The game will take place on Saturday, October 22.

Barcelona will also play at home, but on Sunday 23 October. The club will play against Athletic.

Real Sociedad will go to visit Valladolid. The game is panned for October 22. Matches of the 11th round will be held from 22 to 24 October.