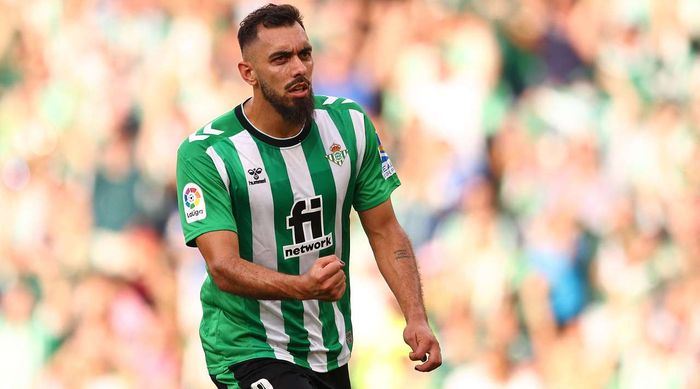 The 6th round of the Spanish Championship 2022-23 has ended. Top 3 Spanish Examples – no change. La Liga champions Real Madrid have kept their place at the top.

The chase continues Barcelona and Betis. Getafe left the relegation zone, and Cadiz left the last place of the Spanish championship.

The main changes affected 4 places. Athletic has risen to the top clubs. The team from Bilbao moved up 2 positions at once and overtook Osasuna (5th place) and Villarreal (6th place).

The changes also affected the departure area. Getafe left the danger zone. Club from 18th place rose to 14th. The place in the top three losers was taken by Valladolid (from 17th to 18th).

Cadiz’s first win helped the club move from last place to 19th. The Elche team dropped to the last place. 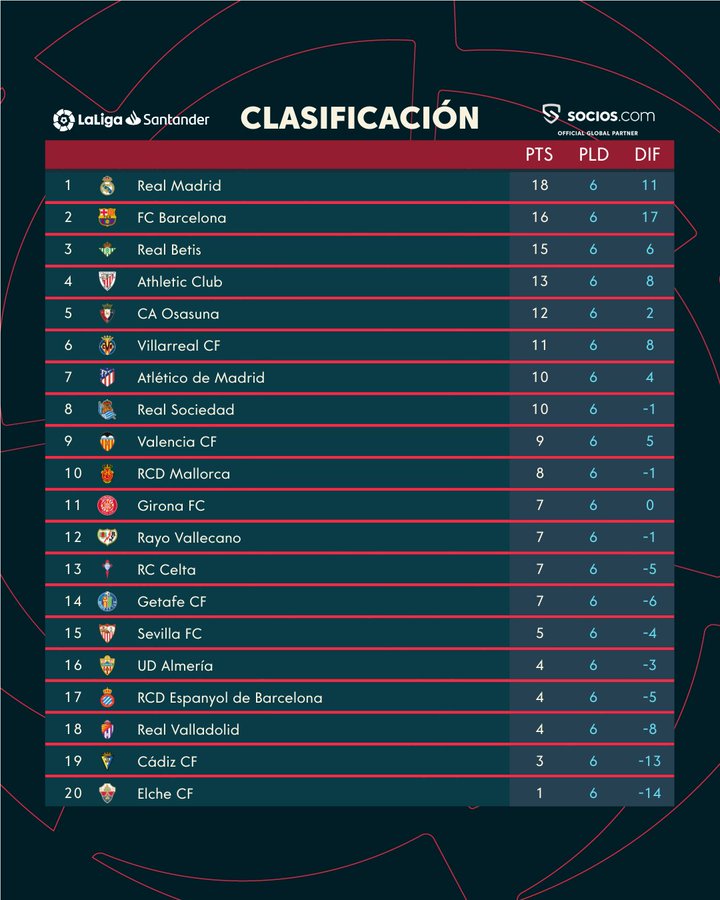 The main match of this tour was the confrontation between Atlético and Real Madrid.

Real Madrid triumphed 2-1. Rodrigo and Valverde scored goals for the club. In the 83rd minute, Mario Hermoso scored a prestige goal in favor of Atlético.

The fight against Real Madrid can be imposed by their main competitor – Barcelona. The team this season scored 16 points – 2 less than Real Madrid.

The club stumbled only 1 time this season. It was a home draw with Rayo Vallecano in the 1st round (0:0). This was followed by a series of 5 victories.

In the last match, Barcelona defeated Elche (3:0). Depay and Lewandowski scored twice for the club.

Betis is in 3rd place. “The club scored 15 points, that is, the team won 5 victories and suffered 1 defeat in the season.

In the 6th round, the Betis players achieved success in the confrontation with Girona (2:1). Athletic broke into the Top 4 of the Spanish Championship. And this is after a difficult victory over Rayo Vallecano (3:2).

In this round, Getafe was successful, who left the relegation zone. In the 6th round, they defeated Osasuna (2:0) on the road. Now the club is in 14th place.

Valladolid dropped to 18th place, previously held by Getafe. In the 6th round, the club were defeated by Cadiz (0:1).

For Cadiz, this is the first victory and the first goal in the Example. Prior to this, the team suffered 5 defeats with a goal difference of 0:14.

Liga matches will resume on 30 September. The match between Athletic Bilbao and Almeria will open the program of the 7th game day.

The remaining fights will take place on October 1, 2 and 3. The leader of La Liga – Real Madrid will play their match at home with Osasuna. Barcelona will go to visit Mallorca. Betis will play an away match against Celta Vigo.

Video reviews of matches of the 6th round: