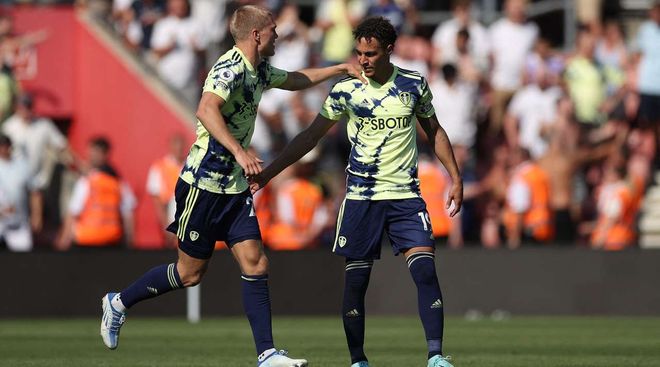 Chelsea will play away with Leeds in the third round of the English Premier League. The match will take place on August 21, starting at 13:00 GMT.

Leeds United are currently in sixth place in the Premier League standings and have been pretty impressive this season.

In the first round, the team won against Wolverhampton (2:1). And it was a strong-willed victory, which is very important in this case.

Last week the home team drew (2:2) with Southampton. More than a decent result for an away match.

It is noteworthy that Spaniard Rodrigo scored in both matches, who already has three goals.

Chelsea, on the other hand, are currently in seventh place in the standings and have not been successful this year yet.

In the last round, they played with Tottenham Hotspur in a draw (2:2).

Unfortunately, Ngolo Kante, who was injured in the game with Tottenham, will not help Chelsea in the next rounds.

Leeds United have an impressive record against Chelsea and have won 39 of the 107 matches played between the two sides, as opposed to Chelsea’s 37 wins.

Since Leeds United were beaten 3-0 by Chelsea last season, both teams have shown similar form in the Premier League.

Leeds United have not won their last seven matches against Chelsea in the Premier League, with their previous victory coming in 2002.

Premier League table after round 3

Chelsea are not at their best this season and will have a lot of work to do in the coming months.

Leeds United have improved under Jesse Marsh and will look to bounce back in this match. However, Chelsea are the favorites in this match.

Prediction for this match: Chelsea win + match total under 3.5.