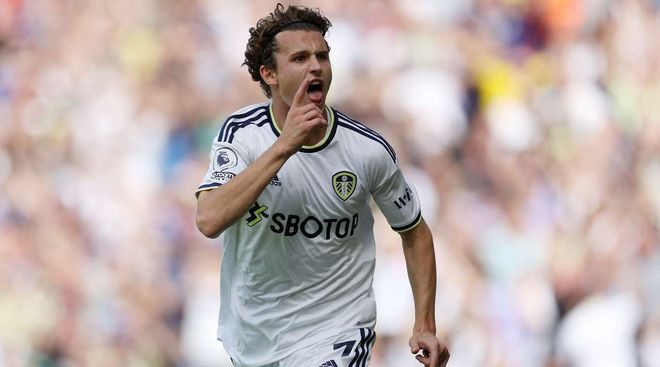 Leeds will play at home with Everton in the 5th round of the championship of England. The match will take place on August 30, starting at 19:00 GMT.

Everton are currently 18th in the Premier League standings and have been clearly weak this season.

In the previous game they drew (1:1) with Brentford, and this week they will have to show the result.

The team’s only victory in five official matches of the new season came in the 2nd round of the League Cup over Fleetwood Town (1:0).

Leeds United, on the other hand, are currently in fifth place in the standings and have exceeded all expectations this season.

The home team were defeated (0:1) by Brighton & Hove Albion last weekend and will look to recover this match.

As you know, in the round before last, Leeds defeated Chelsea with a score of – (3:0).

Leeds United have a good record against Everton and have won 52 out of the 120 matches played between the two teams, as opposed to Everton’s 35 victories.

Leeds United have won 17 of their 35 Premier League games played on a Tuesday – their highest win rate on a specific day in the competition.

Everton also have an excellent record in Premier League games played on a Tuesday and have won 19 out of 45 such games played in the competition.

Leeds United have been impressive in the Premier League and have grown under Jesse Marsh. Rodrigo has been one of the best players in his team this season and is determined to keep his top form this week.

Everton have been in terrible form so far and cannot afford another bad result on Tuesday. However, Leeds United are now in better shape.