On May 14, the FA Cup Final was held at Wembley Stadium in London. It met Chelsea and Liverpool.

From the opening minutes Liverpool were at the top of the match, Luis Diaz had a good moment to score, the player was brilliantly selected by Trent Alexander-Arnold and Edouard Mendy saved his shot before Naby Keita shot wide of the target later on.

After Chelsea player Pulisic was inches away from giving Chelsea the lead. Mason Mount tackled the player at the end of a great smooth run, but his shot went inches from the far post. Pulisic then became the supplier of Marcos Alonso, who landed an extra shot in the box and saw Alisson save his efforts.

Then Liverpool’s main player Mohamed Salah was injured, who was forced to leave the field. Diogo Jota almost made the impact he wanted, only to get his attempt over the bar after being selected by Andrew Robertson. 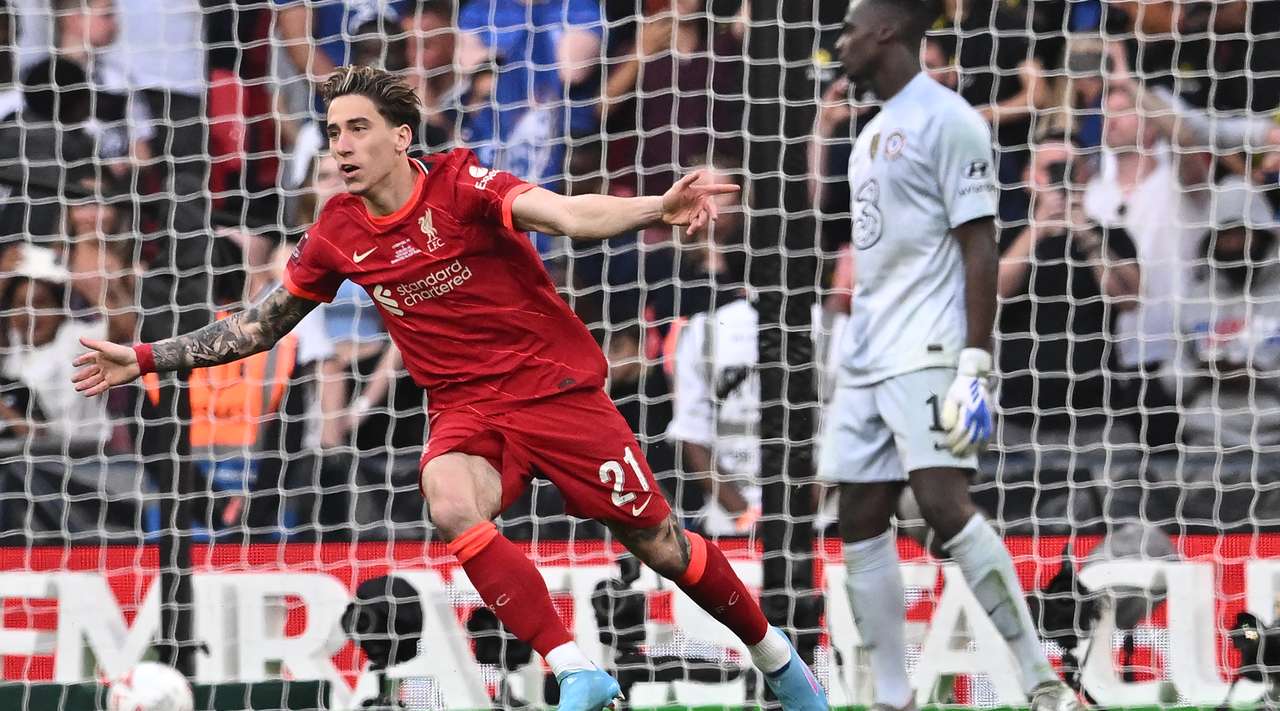 In the second half, Chelsea started to play very well and create chances. Alonso cut the crossbar from a free-kick from the right. However, Diaz always looked dangerous and his impressive movement created a chance on the edge of the penalty area as his right foot shot went wide of Mendy’s near post. Diaz also caught the outside of the post with another effort before Robertson also hit the woodwork after a cross from James Milner.

But still, in regular time, the team did not manage to open an account, and the game went into extra time. Extra time passed, and it was almost impossible to score a goal, and the penalty shoot-out was brewing again.