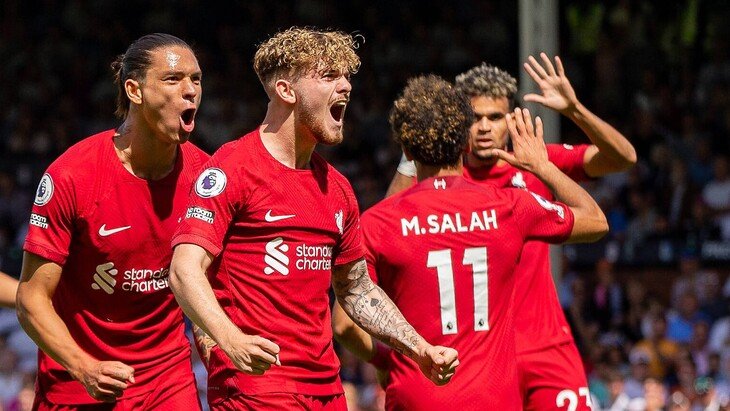 On Monday, August 22, Liverpool will host Bournemouth in the 4th round of the Premier League. The match at Anfield Stadium in Liverpool kicks off at 14:00 GMT.

Bournemouth are one spot higher than Liverpool in the points table. However, after beating Aston Villa (2-0) on opening day, they failed to score in their next two games, which they lost.

The team returned to victory in the second round of the EFL Cup on Wednesday, beating Norwich City on penalties after the game ended (2-2) in regular time.

With 3 points after 3 rounds of the Premier League, Bournemouth are in 15th place. Goal difference (2-7).

Liverpool, meanwhile, have endured a winless start to their league campaign and have now been defeated (1-2) by rivals Manchester United.

The club won a (3-1) victory over Manchester City in the Community Shield but have not been able to put up a good showing since.

Prior to that, the Premier League started with an away draw with Fulham (2:2), after which they shared points at home with Crystal Palace (1:1).

The two teams have played 17 times in the competition, but their first meeting dates back to 1927. As expected, Liverpool were the best team in this match with 13 wins.

Liverpool are unbeaten in their last 24 Premier League home games and Bournemouth have lost 13 of their last 15 away games.

Only Wolverhampton Wanderers, in 18th place, have scored fewer goals (1) than Bournemouth (2) in this campaign.

The hosts will be looking to bounce back from a 2-1 defeat to Manchester United. The game against Bournemouth gives them a good opportunity to do so. Bournemouth have not beaten Liverpool since 2016 and could lose again.

Prediction for this match: Liveprool to win both halves.

At home, the hosts are unbeaten in 25 consecutive Premier League games. Prediction: Both to score – no and total under goals (3.5).