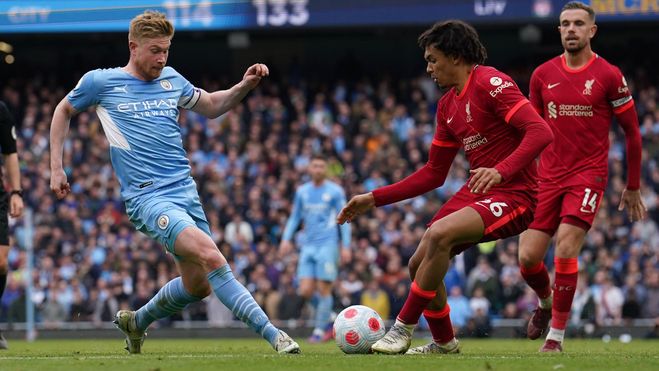 The FA Super Cup match between Liverpool and Manchester City will take place on 30 July at the King Power Stadium in Leicester. The start is at 16:00 GMT.

Liverpool finished second in the Premier League table last season with 92 points from 30 games but just a point behind Manchester City.

In the Champions League, the team reached the very final, where they lost to Real Madrid (0:1), breaking an 18-match unbeaten streak in all competitions.

In friendly matches, Liverpool lost to Manchester United (0:4), then beat Crystal Palace (2:0) and Leipzig (5:0), and completed everything with a defeat from Salzburg (0:1).

Manchester City, on the other hand, won the Premier League title last season and have grown in stature over the summer.

In the English League Cup, the team flew out to the 1/8 finals, and in the FA Cup and Champions League – in the semi-finals.

The team started in test matches with victories over Blackpool (4:1) and America (2:1), and completed the training camp by winning the match with Bayern (1:0).

Manchester City have strengthened their squad in the transfer market and are well positioned. Erling Haaland scored his first goal for the club against Bayern Munich last week and will look to score in this match.

Our prediction: Manchester City win at 2.45.