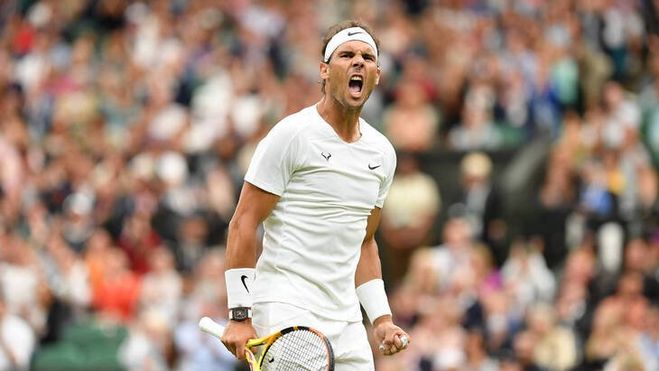 Spaniard Rafael Nadal will play against Italian Lorenzo Sonego in the third round of Wimbledon. The match will take place on July 2, starting at 15:30 GMT.

Sonego reached the third round at Wimbledon for the second year in a row. Last season he lost to Roger Federer.

Lorenzo narrowly defeated Denis Kudl in the first round. In the fifth installment, the opponent took only two games, but in any case, the match turned out to be very difficult for the tennis player.

In the next match, the Italian tennis player scored a landslide victory over the Frenchman Hugo Gaston – this time three sets were enough for him.

Sonego achieved the best result in Stuttgart, where he reached the quarterfinals. In London, the Italian dropped out after the first round, and in Eastbourne after the second.

For Nadal, the first matches at Wimbledon were not as easy as expected.

At first, the tennis player had a difficult meeting with Francisco Cerundolo, in which the opponent managed to take one game.

There was also a match with Richardas Berankis. The opponent also lost the first two sets, but took the third set. It is worth recognizing that Berankis held a meeting at the highest level – it was difficult for Nadal, which he spoke about at a press conference.

Also, as you know, Nadal had not played on grass for three years before, and this is a very long pause.

In this match, Sonego is able to take at least one set, as the tennis player is very experienced and will be able to compete against Nadal.

Our prediction for this meeting is Nadal’s victory + total sets over 3.5 at 2.42.