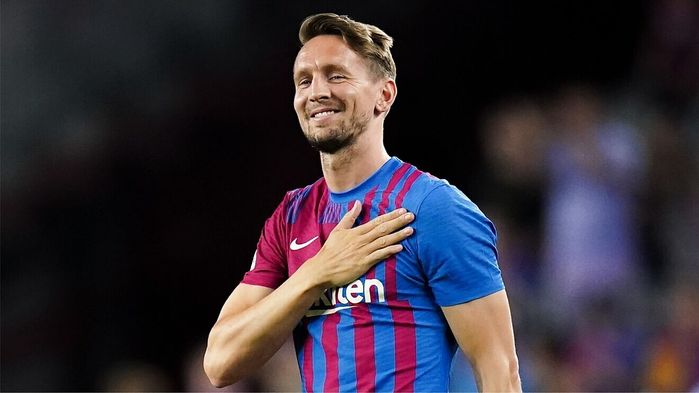 Sevilla striker Luuk De Jong, who also played on loan at Barcelona last season, has moved to PSV on a permanent basis.

PSV Eindhoven has been looking to lure De Jong back to the Netherlands for months as they seek a replacement for Eran Zahavi. It seemed a deal was far away with Sevilla demanding a hefty fee for the Dutchman, despite the fact, that there is only one year left on his contract.

However, later it became known that Sevilla and PSV agreed on the player’s contract.

The amount of the player’s transfer was about € 4 million. As you know, De Jong arrived at the Spanish club from PSV, where he played from 2014 to 2019. August 21, 2020 Luc De Jong became the winner of the Europa League. In the final, Sevilla beat Italian Inter 3-2, De Jong scored a double in that match.

For PSV, the 31-year-old scored 112 goals in 204 appearances for the club. The Dutch international spent last season on loan at Barcelona and proved his critics wrong by becoming a fan favourite.

Luuk de Jong made 29 appearances for Barcelona in all competitions, scoring seven goals and one assist. Sevilla acquired him from PSV in 2019 for €12.5m.