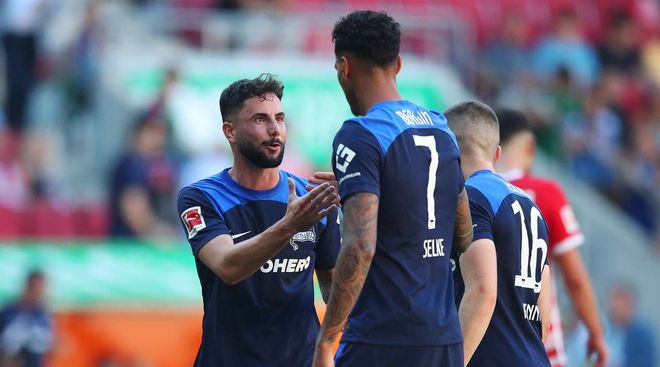 Mainz will play at home against Hertha in the 7th round of the Bundesliga. The match will take place on September 16, starting at 18:30 GMT.

The hosts, after 6 matches played, are in 6th place in the standings of the German championship with 10 points. The team scored 6 goals against the opponents, and conceded 9 into their own net.

Although Mainz have lost two of their last three Bundesliga games, this is still their best result at the start of a league season after six games since the 2010/11 season.

The (4-1) loss to Hoffenheim on Matchday 6 was only the second defeat of the season and the first on their trips after three consecutive wins.

Coach Bo Svensson, who has only one point in two home games, will quickly want to return to the team.

Last season, Mainz finished fourth in the best home team after scoring all but 11 of 45 points at the Meva Arena.

The guests were able to score only 5 points after 6 games and thus ended up in 15th place in the Bundesliga standings.

Now two games unbeaten, Hertha have somewhat rehabilitated themselves from a disastrous start when they picked up just one point over the first four rounds.

Their (2-2) draw against Bayer Leverkusen last weekend was their first game of the season that they didn’t lose after conceding first, but on the other hand, coach Sandro Schwartz won’t be happy with what his team lost lead in the second half.

It was still much better, so much so that Schwartz, who is getting to know his former club here, described the performance as “very satisfying”.

Karim Onisiwo is Mainz’s top scorer with three goals, but the player has yet to score in ten league or home matches this season.

Suat Serdar equalized for Hertha last weekend, meaning both of his league goals this season were firsts for his team. In both games, he also received a yellow card.

There were 28 meetings between Mainz and Hertha. The hosts have won ten of those games, while the visitors have won two fewer.

There were ten draws between the two teams. The last time the two teams met was last season in a league match in which Mainz won (2-1).

Which stars were in your #BLfantasy team this week? 📊 pic.twitter.com/YW1Vr1AjRJ

Stats: Only two of the last eight games in Mainz have both sides scored.

Mainz have lost two of their last three Bundesliga matches. They are without wins or goals at home this season and will be desperate to break this streak.

Meanwhile, Hertha have been on a streak of unbeaten matches in a row, but have only won once all season. Neither team is in good shape and this match will be evenly matched.

Prediction for this match: Mainz win.