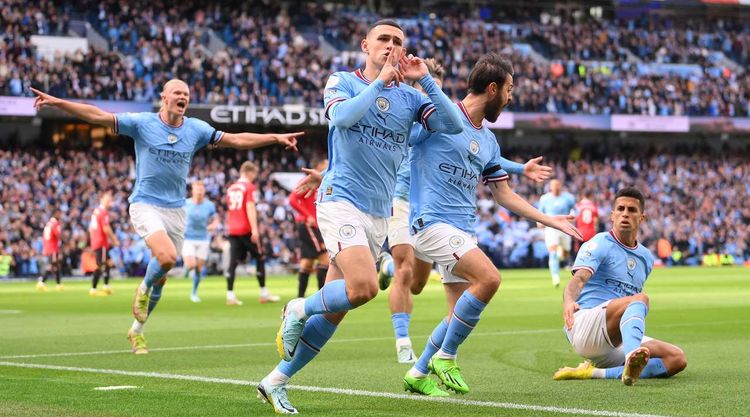 On October 2, in the match of the 9th round of the English Premier League of the 2022/2023 season, Manchester City met with Manchester United. The game was played at the Etihad Stadium (City of Manchester) in Manchester.

The hosts began to score from the first minutes. In the eighth minute, Phil Foden scored after a pass to Bernard Silva.

At the 34th minute, Erling Haaland realized the transfer of Kevin De Bruyne. Three minutes later, Holland scored a double in the match, and in the 44th minute it was already done by Foden.

In the 56th minute, Anthony managed to close the gap in the long run. In the 64th minute, Haaland scored a hat-trick in the match. Phil Foden also scored the third goal in the 73rd minute.

In the 83rd minute, Anthony Martial managed to score for Manchester United, and in the 90th minute he converted a 11-meter kick and set the final score of the match – 6-3.

After this meeting, Manchester City scored 20 points and strengthened on the third line of the standings. Manchester United remain in sixth place with 12 points.