In the match of the 35th round of the English Premier League 2021/22, Manchester United hosted Brentford. The meeting took place at the Old Trafford stadium in Manchester.

In the last three matches, Manchester United scored only 1 point, and the situation in this match needed to be corrected.

Crisitiano Ronaldo, who has been scoring a lot for the club lately, and chalk from the first minutes are good opportunities to put the team ahead. Already in the 9th minute, the first goal was scored against the guests. Collecting the ball at the end of a run down the right flank, Anthony Elanga fired an accurate cross towards Bruno Fernandes to land a side kick to put his club ahead.

Further, Manchester United had many more chances in the first half to double the advantage, but the Brendtford goalkeeper was in place. Ronaldo also scored a goal, but it was canceled because the player was offside. 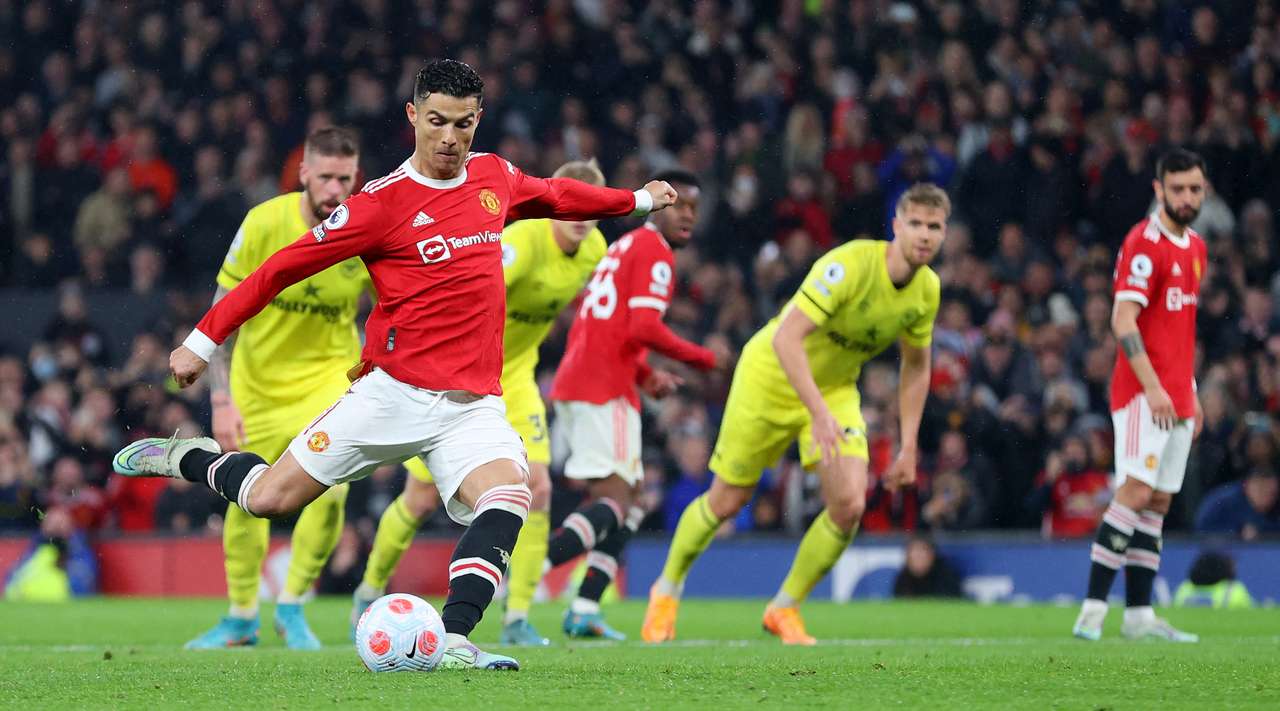 Brentford rose in the second half and looked to equalize in the opening moments. But the hosts were very good on the counterattacks, and on 61 minutes the club still scored the second goal. Ronaldo was knocked down in the box by Rico Henry. Rondaldo himself took the lead and coolly converted the penalty to put the club ahead.

After the hosts did not stop, and brought the score to a rout. Rapachel Varane’s shot from close range resulted in the third goal of this match.

As a result, Manchester United take three points in this match with 58 points and take 6th place in the standings of the English Premier League season 2021/2022. Brentford (40) is in 14th place.