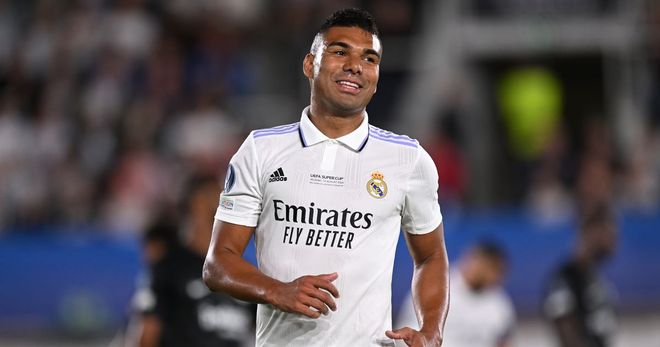 Manchester United have confirmed that they have reached an agreement with Real Madrid for the transfer of Brazilian midfielder Casemiro.

Now the transition of the player depends on the negotiations on the terms of his contract with the team, passing a medical examination and obtaining a visa.

Manchester United will pay £59.5m (€70m) for the 30-year-old. The transfer is subject to the agreement of personal conditions, visa requirements to the UK and medical.

Casemiro is expected to arrive in the UK in the next 24-48 hours to undergo a medical and sign a four-year deal with United, with an option for a further year.

Real Madrid have announced that Casemiro’s farewell will take place at Real Madrid City on Monday morning in the presence of club president Florentino Pérez.

Achievement of a football player

For the Casemiro National Team of Brazil in 2011. Together with her, he became the owner of the America’s Cup – 2019, participation in the World Cup match – 2018.

As you know, Manchester United’s next game will take place in the English Championship in the third round against Liverpool on August 22 at 19:00 GMT.