Medvedev suffered his third defeat in Turin at ATP Finals 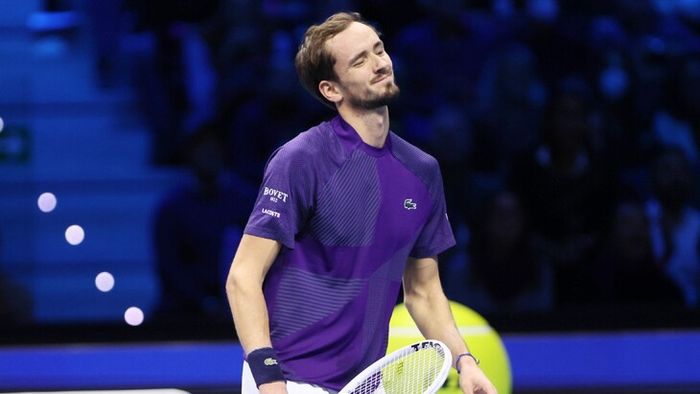 Russian tennis player Daniil Medvedev was defeated by Serbian representative Novak Djokovic in three sets in the final round of the group stage of the ATP Final Tournament.

A tennis player from Serbia has issued an early entry into the playoffs from the group. In the semifinals, the tennis player will play with the American Taylor Fritz.

The Serb completed nine innings right through, made three double faults and converted two break points out of six. Daniil Medvedev has 16 aces, two serving errors and one realized break point out of six.

Medvedev led 5-4 in the third set, taking the opponent’s serve at 4-4, but allowed Djokovic to make a return break.