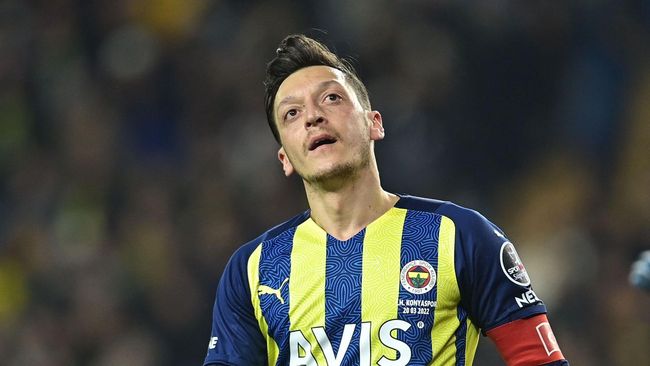 Turkish Fenerbahce have terminated the contract with midfielder Mesut Ozil by mutual agreement, the press service of the club reports.

The 33-year-old former Arsenal and Real Madrid midfielder will sign a one-year deal with the possibility of another year at Basaksehir tonight.

Although his contract has been terminated, it is believed that Fenerbahce will pay him until 2025, with the signing ceremony for the new club taking place tomorrow.

The German player moved to Fenerbahce from Arsenal at the beginning of 2021 on a free transfer, having signed a contract for 3.5 years.

In a statement, Fenerbahce said: “It has been agreed that the contract between our club and Mesut Ozil will be terminated by mutual agreement. We wish Mesut Ozil success for the rest of his career.”

Ozil last featured for Fenerbahce in March and played 36 matches for the side in total, scoring nine goals and assisting three.