For Milan, this victory meant first place in the standings.

But Lazio just didn’t want to give it to the guests. Already in the 4th minute, Ciro Imobille scored the first goal of this match ahead of Pierre Kalulu and taking a perfectly calibrated pass from Sergei Milinkovic-Savic.

After a missed goal, Milan went on the attack, Giroud and Leo created dangerous moments in the first half, but the players lacked accuracy and coherence.

But in the second half, the guests did not have to look for a long time, in the 56th minute Milan equalized when Leao corrected his mistake by laying the ball to Giroud, who scored his second away goal after Leao showed Francesco Acerbi too fast. 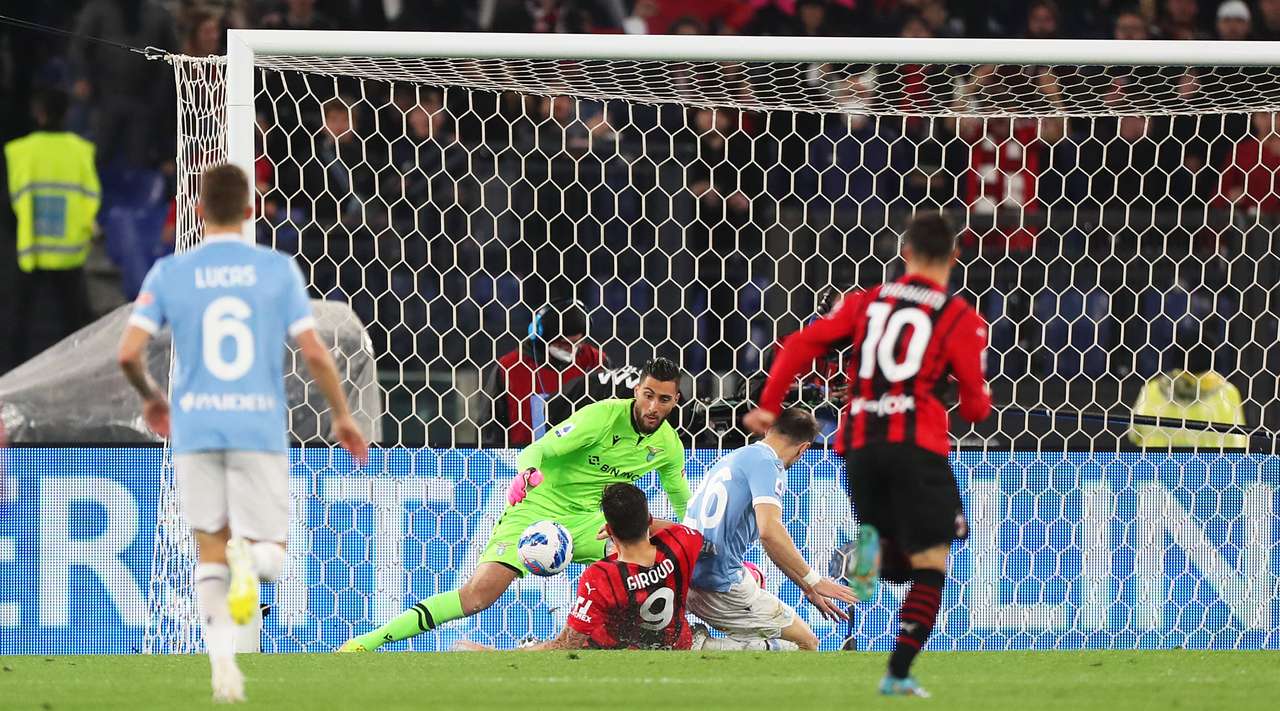 After scoring a goal, Milan gave all his strength to score a goal, and at the end of the match the guests managed to achieve success. In the 92nd minute, Lazio’s defense was again undermined when Tonali drove the ball into the goal from a Zlatan Ibrahimovic shot.

As a result, Milan’s victory means reaching the first place in the Serie A table. Lazio (56) is in sixth place in the table.