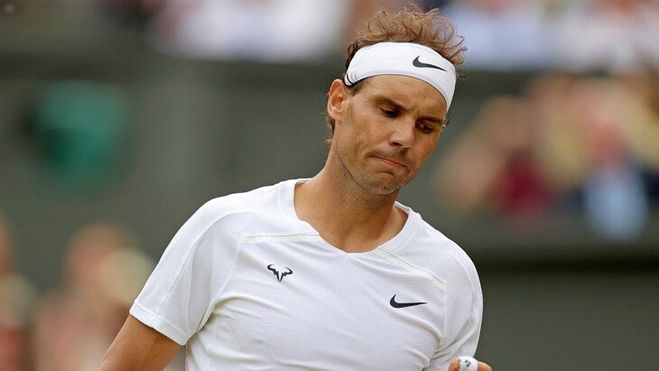 Spanish tennis player Rafael Nadal has refused to continue playing at Wimbledon 2022. The 22-time winner of the Grand Slam tournaments announced this at a specially convened press conference.

Nadal had a light practice session of around 45 minutes on Thursday in a bid to shake off his injury concerns and be ready for the big semi-final match against Kyrgios, who reached his maiden Grand Slam semi-final.

“I have to pull out of the tournament,” Nadal said. “As everybody saw yesterday I have been suffering with pain in the abdominal area. That’s confirmed. I have a tear in the muscle. I feel very sad to say that.”

It was earlier reported by Spanish newspaper Marca prior to his practice session that Nadal had suffered a 7-millimetre tear in one of his abdominal muscles.

Nadal not without difficulty defeated Taylor Fritz in the quarter-finals, which ended in a tie-break of the fifth set. During the match, he took a medical time-out and was close to finishing the match ahead of schedule. After reaching the semi-finals, Nadal promised to make a decision to continue playing at Wimbledon on July 7.

Australian Nick Kyrgios, who was supposed to play with Rafael Nadal in the semi-finals on July 8, automatically reached the final, in which he will meet with the winner of the match Novak Djokovic – Cameron Norrie.

This year, Nadal won both the Australian Open and Roland Garros for the first time in his career. His Grand Slam winning streak was 19 matches.