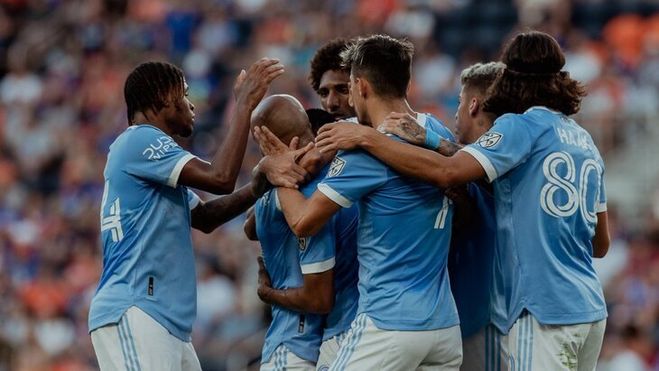 New York City will play at home against Atlanta United in the next match of the MLS regular season. The match will take place on July 4 in New York, starting at 21:00 GMT.

New York City are fourth in the MLS Eastern Conference standings after 16 games played in which they scored 28 points.

The gap from the first place occupied by Montreal is not large, just one point.

The team is now on a four-game losing streak, with two losses and two draws.

Also, New York City had matches against Colorado where they played in a draw, also lost to Philadelphia. Another loss was in the Open Bowl to the New York Red Bulls.

Atlanta, meanwhile, is on the 11th line in the East, gaining 19 points in 16 matches.

The team has had a poor run in recent matches. First, Atlanta lost to Toronto, and then lost to the New York Red Bulls. In both cases, these were away matches.

Atlanta suffered six defeats in eight away matches of the current regular season. The club plays much better at home.

Atlanta have conceded ten goals in their previous five MLS away matches.

New York City clearly needs a win in this match as the club is fighting for the top spot. And Atlanta plays away games very poorly.