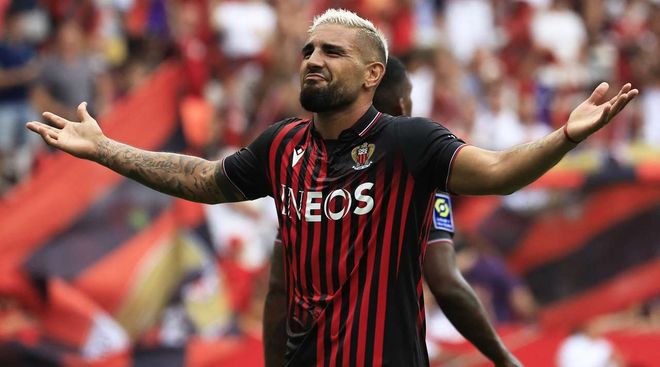 Nice will play at home against Marseille in the fourth round of the French championship. The match will take place on August 28, starting at 13:00 GMT.

Nice have yet to win the new French league. After drawing their first two games, they lost (0:1) to Clermont Foot thanks to a goal by Saif-Eddin Howie in the sixth minute.

Jean-Clair Todibo and Mario Lemina were both sent off in the last ten minutes, adding to Nice’s injury.

Nice are 16th in the Ligue 1 table after three rounds in which they scored two points.

Marseille, meanwhile, scored two wins in three league matches. The victory came with a (2:1) win at home against Nantes thanks to goals from Chancel Mbemba in the second half and an own goal from Nicolas Pallois.

Before that, the team played on the road in a draw with Brest – (1:1). The opponent bounced back in the second half.

In another home match, Marseille defeated Reims – (4:1). Colombian Luis Suarez became the author of the double.

The two teams have met 111 times in the competition, with the bulk of those meetings taking place in Ligue 1. Marseille have the best record in this match, leading 59-29 in wins, with 23 games ending in draws.

Two of Marseille’s three league games this season have seen over 2.5 goals scored, with the visitors winning at home.

The teams met three times last season: twice in Ligue 1 and once in the Coupe de France. Each team won once and the other game was a draw.

In the UEFA Conference League play-offs against Maccabi Tel Aviv, the club looked great but struggled in the league. The arrival of Nicolas Pepe, albeit on loan, should be a welcome boost.

However, the guests started their campaign in good shape. Given their good performance against Nice, they should be able to win.

Prediction for this match: Marseille win.