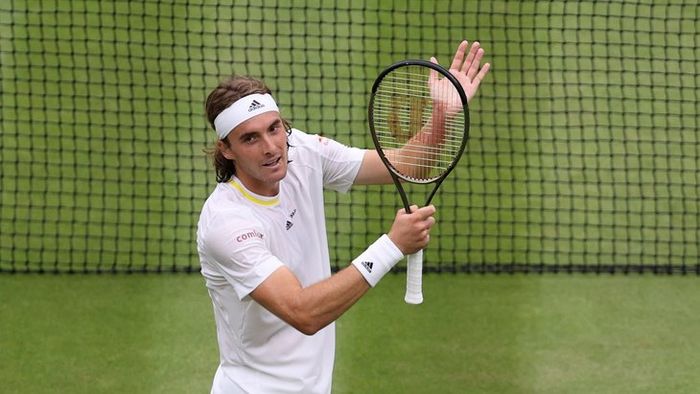 Greek Stefanos Tsitsipas will play against Australian Nick Kyrgios in the third round of Wimbledon. The match will take place on July 2, starting at 15:30 GMT.

The first matches in this tournament showed that the result of a tennis player depends on the psychological state. In his case, the most important thing is not to be nervous.

In the first round, Nick got so mad because of the shouts from the stands that he almost lost to Paul Jubb. The Australian won the opponent in the fifth set.

The next match was against Filip Krajinovic, where Kyrgios confidently won the opponent in three sets, and gave only six games.

The tennis player won 93 percent of the points on the first serve, took six games on the reception, and the opponents did not have a single break point. Such a Kyrgios would be a serious problem for Tsitsipas.

Tsitsipas is well prepared for Wimbledon this season. The decision to play in Mallorca a week before the start of the British tournament turned out to be absolutely correct.

Since the tennis player took the title, and got an excellent game practice on the grass, which he lacked last year.

In the first round, Stefanos defeated Alexander Ritschar. Despite the fact that the opponent took the game, Tsitsipas played great in this match.

It is very difficult to predict the winner in this meeting, as both tennis players will show a good result.

But there are absolutely understandable doubts that Tsitsipas will be able to win against Kyrgios, who is extremely focused on the game.

Our prediction for this meeting is over 1.5 total tiebreaks at 2.29.