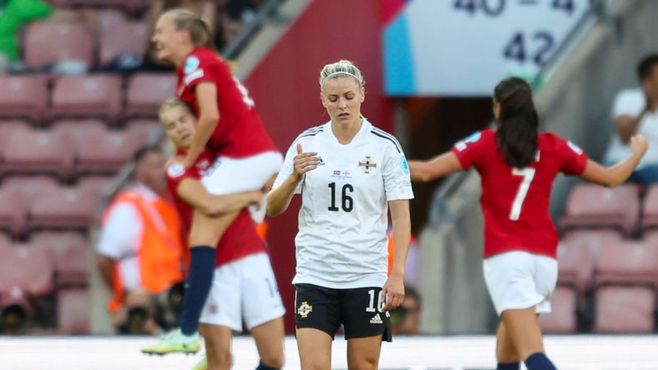 On Thursday, July 7, a match was held within the Women’s Eurozone 2022 between Norway and Northern Ireland.

In their first game at a major tournament, Northern Ireland always faced an uphill task against a talented Norway side but were left shellshocked when a trio of first-half goals put the game beyond them by half-time.

After left-back Julie Blakstad beat Jackie Burns at her near post in the 10th minute, Norway pounced again three minutes later when Northern Ireland attempted to play out from the back, and Frida Maanum was teed up for a simple finish.

The Norwegians scored their third goal in the 31st minute from a penalty after Nadene Caldwell tapped the ball in her penalty area after a corner kick. Caroline Graham Hansen scored from behind the fingertips of a diving Burns.

Four minutes into the second half, Northern Ireland had one highlight when Julie Nelson scored for the lowest ranked team in the tournament. The 37-year-old defender, who started playing when her country didn’t even have a women’s team, hit the net when Norway mishandled a corner kick. 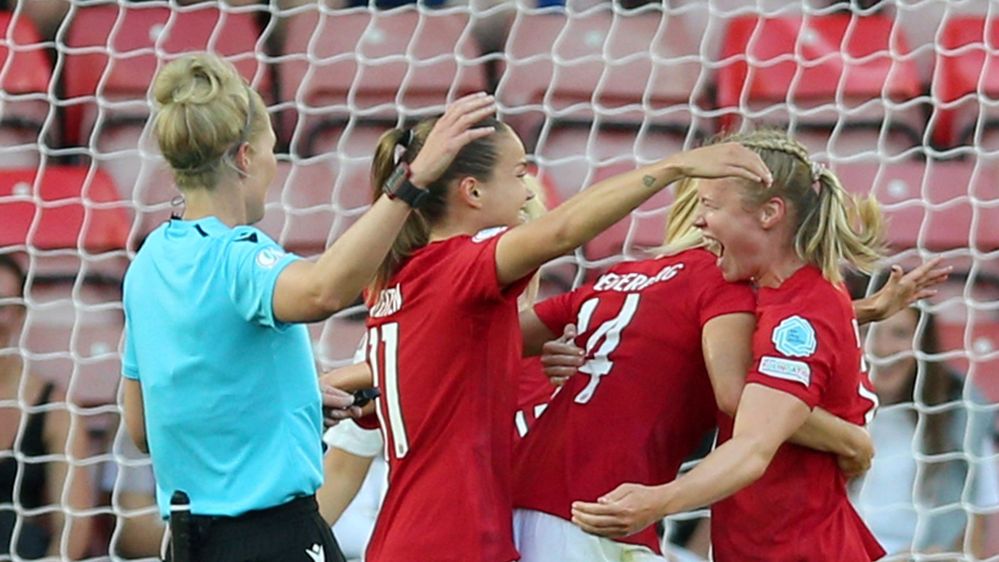 Guro Reiten regained a three-goal lead in the 54th minute by catching Burns from a low free kick from 20 yards (metres).

Group A will end on Friday, July 15th. Northern Ireland will play hosts England in Southampton and Norway will play Austria at the Amex Stadium. Both games will start at 20:00.