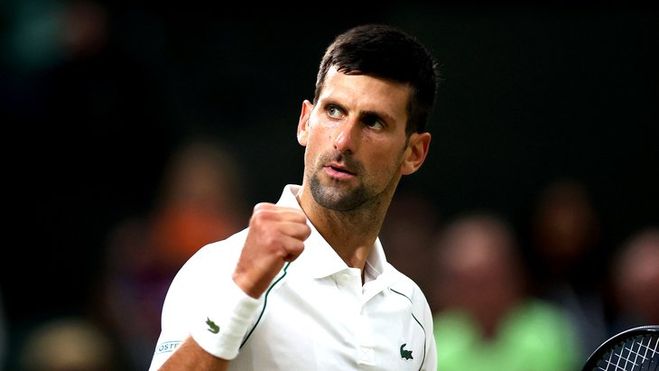 Serb Novak Djokovic will play against Italian Yannick Sinner in the Wimbledon quarter-finals. The match will take place on July 5, starting at 12:30 GMT.

Djokovic reached the quarter-finals for the fifth time in a row at Wimbledon. Also, as you know, the tennis player has not lost in this tournament since 2017.

In the last round, Novak beat Tim van Reithoven, who had previously taken the title in ‘s-Hertogenbosch and confidently overcame three rounds at Wimbledon.

The opponent had a great first part of the match, took the second set, but later Djokovic turned out to be stronger on the court.

Djokovic has a 25-match winning streak at Wimbledon.

Sinner, meanwhile, has not had a single win on grass at the ATP level before the current tournament. But that didn’t stop him from reaching that far in this tournament.

In the fourth round, Yannick scored a chic victory over Carlos Alcaraz.

The tennis player from Italy turned out to be much stronger than the opponent, and confidently took the first and second sets.

He gave away the third in a tie-break, failing to convert several match points, but in the fourth set Sinner again showed simply outstanding tennis.

As you know, for Sinner it was only the second victory over a rival from the top 10 at the Grand Slam tournament.

Sinner did great against Alcaraz, but Djokovic is a different kind of tennis player who is determined to win this tournament.

Our prediction for this meeting is Djokovic’s victory in three sets for 1.97.