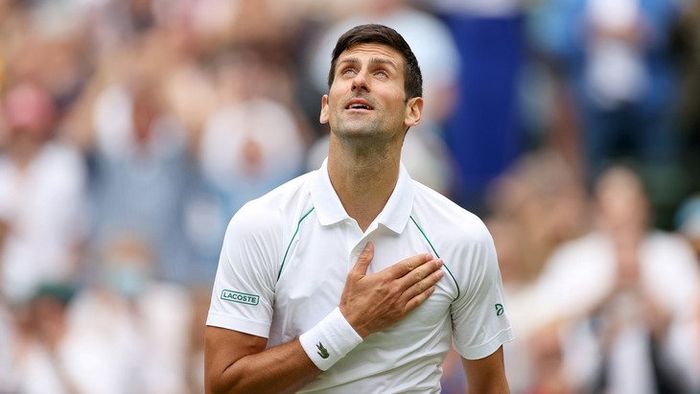 Serb Novak Djokovic will play against the Dutchman Tim van Reithoven in the fourth round of Wimbledon. The match will take place on July 3, starting at 16:00 GMT.

Novak Djokovic shows a very good game on grass. If the tennis player continues to play like this, he will win this tournament.

In the opening match, Novak had some problems against the South Korean Kwon Sung-woo, but after that he had two bright matches.

In the first case, Djokovic won the Australian Tanasi Kokkinakis, and in the second – Miomir Kecmanovic.

In the game against Kecmanovic, the tennis player from Serbia took the first game with a score of 6:0. In the future, Djokovic played not so aggressively.

Van Reithoven, meanwhile, was the highlight of the grass season.

First, the Dutchman became the winner of the tournament in ‘s-Hertogenbog, thanks to which he rose in the ranking from 205 to 104.

The tennis player then managed to beat Felix Auger-Aliassime, and then Daniil Medvedev.

At Wimbledon, van Reithoven has so far never given a reason to call his recent success accidental.

In the third round, the Dutch tennis player confidently defeated Nikoloz Basilashvili, and before that he won with Federico Delbonis and Riley Opelka.

Djokovic in this meeting is considered a clear favorite. You can bet on van Reithoven for 17.00.

van Reithoven has already beaten experienced tennis players such as Danil Medvedev. But Djokovic is very strong in this tournament, and it will be very difficult to defeat him.