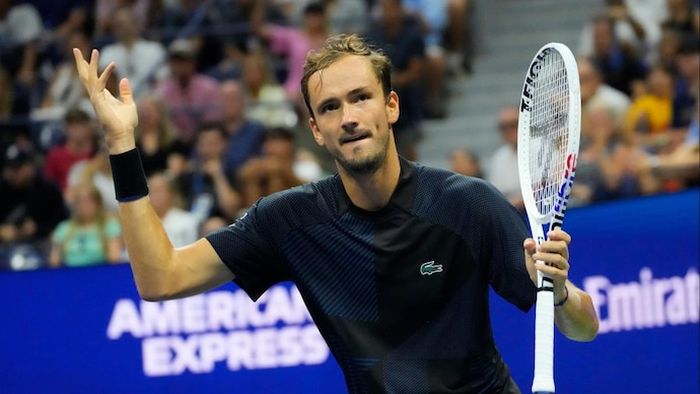 Russian Daniil Medvedev will play against Serbian Novak Djokovic in the semi-finals of the tournament in Astana (Kazakhstan). The match will take place on October 8, starting at 15:00 GMT.

Djokovic met with Karen Khachanov on Friday. As expected, this match was not as easy as the previous ones, but still the tennis player from Serbia had no particular problems..

As you know, in the first set, Novak even allowed the Russian to win back the break, but in the end he still took the game.

In the second set, Djokovic had one break. At the same time, Khachanov did not have a single break point in this set.

Novak is in perfect condition at the moment. And it’s safe to say that he would still remain at the top of the rankings if it weren’t for the whole story with the coronavirus vaccine, which Novak stubbornly refuses to do for some personal reasons.

Medvedev, meanwhile, defeated Roberto Bautista-Aguta in the quarterfinals – 6:1, 6:1. And this was a great achievement, since before that the Spaniard was considered one of the most uncomfortable opponents for the Russian.

But this time, Bautista-Agut, one might say, was not visible – Daniil was simply much stronger than his opponent.

Medvedev took games at the reception without any problems, acting as aggressively as possible, although Roberto made mistakes very often.

Tennessee from Russia won 40 matches in a season for the fourth time in his career. This is a very good result for a tennis player, also until recently the Russian was the first racket of the world.

Djokovic and Medvedev have previously clashed ten times, with the Serbian leading their head-to-head matches 6-4.

Their most recent meeting took place at the 2021 Rolex Paris Masters, where Djokovic avenged his last loss at that year’s US Open.

The Grand Slam Champions match is shaping up to be a very exciting one, with both players playing impeccable tennis during the week in Kazakhstan.

Djokovic is known to have a consistent playing style. In addition to being one of the best players in the history of tennis, the Serb also has a great serve. He is comfortable hitting the winners from both flanks, and he moves very well on the court.

Like a 35-year-old, Medvedev retains good court agility. He is known for his unorthodox playing style. It is generally difficult to predict the moves of a Russian, and he can read the opponent’s game quite well.

There is no clear favorite in this meeting. However, the 21-time Major winner’s seven-match winning streak could give Djokovic the confidence to cross the finish line for a second consecutive final.

Prediction for this meeting: total games over 22.5.