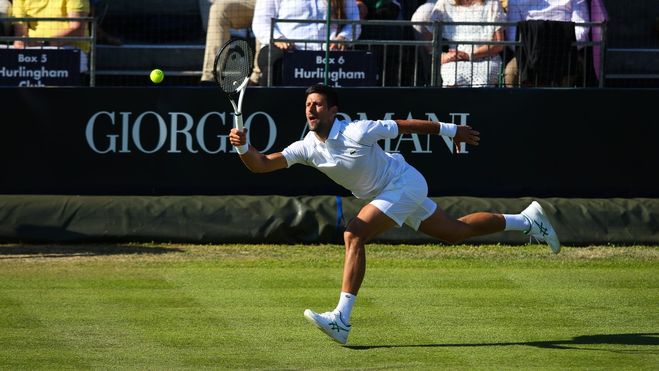 Serbs Novak Djokovic and Miomir Kecmanovic will meet in the third round of Wimbledon. The match will take place on July 1, starting at 14:00 GMT.

Novak Djokovic did not have a very convincing first round match against Kwon Sung Wu. The first two sets were especially weak, but already in the second round the tennis player played much better.

In the second round, the tennis player from Serbia confidently defeated Tanasi Kokkinakisayu. With the exception of some not very successful games in the second set, this would have been a perfect match.

After the game, Novak Djokovic did not hide the fact that he was satisfied with his tennis. This time he really played much better than in the first round.

Djokovic won his 23rd Wimbledon match in a row. This is the fifth series in the history of the tournament.

Kecmanovic reached the third round at Wimbledon for the first time. Before that, his best result was reaching the second round.

The tennis player started with a victory over John Millman. In addition to the second set, which went to the opponent, in the rest of the games the Serbian tennis player completely controlled the situation on the court.

In the second round, Kecmanovic defeated Alejandro Tabilo. The meeting turned out to be difficult. Miomir barely took the first two sets, gave up the third, but played the fourth set much better.

Before Wimbledon, Kecmanovic performed unsuccessfully in Halle and Mallorca, taking off in both cases after the first round.

Djokovic is the favorite in this meeting. On Kecmanovic, you can bet for 12.00.

Most likely, Novak will confidently beat his opponent in this meeting. And he will not give more than one set to his compatriot.

Our forecast for this meeting is Djokovic’s victory with a handicap (-8.5) for 1.82.