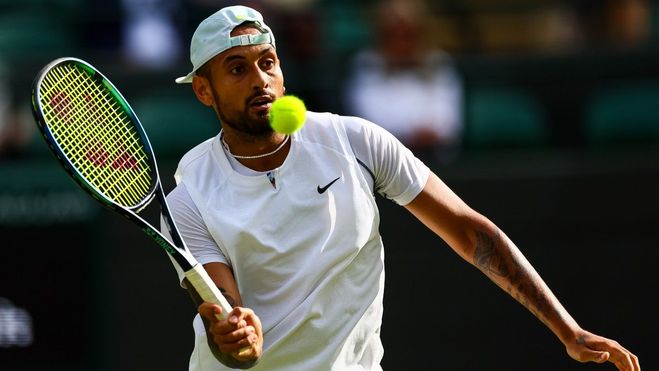 Serb Novak Djokovic will play against Australian Nick Kyrgios in the Wimbledon final. The match will take place on July 10, starting at 13:00 GMT.

Djokovic reached the final of the Grand Slam tournament for the 32nd time – and this is a record for the men’s tour.

As you know, Novak reached the Wimbledon final for the fourth time in a row. On three previous occasions, he took the title. And in general, of the seven previous finals at the British Major, he lost only one – to Andy Murray in 2013.

Djokovic defeated Cameron Norrie in the semi-finals. The tennis player started the game badly and lost the first set. But starting from the second set, he played almost perfectly. The intrigue did not last long, despite all the efforts of the British tennis player.

In this tournament, Novak has already demonstrated several times that he is able to get out of almost any situation. This was shown by the game against Nick Sinner in the quarter-finals, during which Djokovic trailed 0-2 in sets.

At some point, it seemed that that was all, but in the end, the Serbian tennis player made a comeback.

Djokovic is the only tennis player in history to have at least 8 finals at three different Grand Slam tournaments.

For Kyrios, the upcoming final will be the first at the Grand Slam level. Of course, the success of the Australian tennis player was a surprise for many, but still, in part, he was also very lucky.

In the semi-finals, Nick was supposed to meet with Rafa Nadal, but the Spaniard could not enter the match due to a tear in his abdominal muscles.

“I didn’t sleep well last night. I slept for probably an hour due to excitement and excitement. Such anxiety, I was already so nervous, even though I don’t usually do it. Everything was seething inside, there were so many thoughts about the Wimbledon final in my head. I’m like a crazy ball of energy right now.

Now I just want to go to the court and practice. I want the final to start already,” Kyrgios said after it became known that Nadal would not be able to play in the semi-finals.

As you know, in the third round, the 27-year-old Australian beat Stefanos Tsitsipas, after which he beat Brandon Nakashima and Christian Garin.

Kyrgios is the lowest ranked Grand Slam finalist since 2008.

You can bet on Djokovic in this match for 1.28, the victory of Kiryos is offered for 4.50.

As you know, Djokovic has never beaten Nick Kyrgios in the previous matches between them, which took place in 2017, ended in favor of the Australian.

In this meeting there will be an equal fight, as everyone will try to win this tournament. On this match, you can bet the total aces of Kyrgios over 23.5 for 2.00.

Navryatli one of the tennis players will be able to win in three sets. You can pay attention to the rate of total sets over 3.5 for 1.77.

You can also risk and bet on total tie-breaks over 1.5 for 2.58. In matches involving Kiryos, a similar scenario always suggests itself.