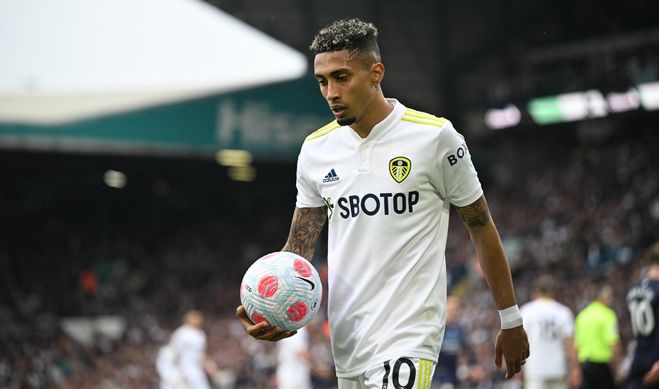 Barcelona have announced on their official website that they have reached an agreement for the transfer of Leeds United striker Rafinha.

The agreement of the 25-year-old Brazilian player with the Catalan club will be concluded after passing a medical examination.

Both clubs have announced that they have reached an “agreement in principle” before the player undergoes a medical examination.

Leeds head coach Jesse Marsh has previously confirmed that the player is leaving.

“I hope he gets this deal because I know it’s his dream to play for Barcelona,” Marsh said during a club tour of Australia.

Rafinha has been with Leeds since 2020. In total, the Brazilian striker took part in 67 matches for the English team, scored 17 goals and gave 12 assists.

Rafinha previously played for Avai, Vitoria Guimarães, Sporting CP and Rennes. Since 2021, the striker has been called up to the Brazilian national team.

At the end of the 2021/2022 season, Barcelona finished second in the La Liga standings. Real Madrid became the champion of the country. The new draw of the championship of Spain will begin on 12 August.