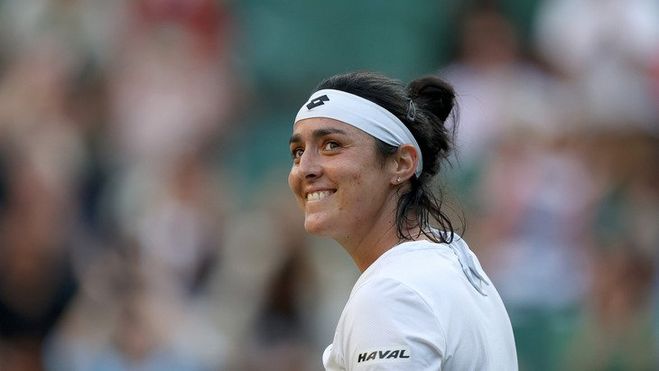 Ons Jaber of Tunisia will play Germany’s Tatjana Maria in the Wimbledon semi-finals. The match will take place on July 7, starting at 12:30 GMT.

Jabeur reached the semi-finals for the first time at a Grand Slam tournament.

Unlike the Roland Garros tournament, where the tennis player dropped out after the first round, this time Ons managed to confirm the status of one of the tournament favorites.

As you know, Zhaber did not have a single opponent from the top 30 in this tournament. There was only 31-rocket of the world Eliza Mertens. The tennis player from Tunisia won in the fourth round.

In the quarterfinals, Jaber defeated Czech Marie Bouzkova. It was so far the only match in which the tennis player allowed her opponent to take the set.

At the beginning of the tournament, Zhaber won Mirjam Björklund, Katarzyna Kava and Diana Parry.

Maria is the main sensation of the tournament, as the tennis player will play for the first time in the semi-finals of the Grand Slam tournament, before that she had never reached the second week at such a level.

As a fact, the tennis player reached the semi-finals of Wimbledon 15 months after the birth of her second daughter.

The 103rd racket had a very difficult quarter-final, as the German lost with a break in the second and third sets.

In the third round, Maria defeated the Greek Maria Sakkari, and in the fourth she defeated Alena Ostapenko.

Maria has a great tournament, but Zhaber also shows good results on grass. Our prediction for this meeting is Jaber’s victory with a game handicap (-6.0) at 1.98.