On April 3, Barcelona hosted Sevilla in their match of the 30th round of the Spanish championship.

Barcelona, after beating Real Madrid 4-0 in the last round, has gained confidence. 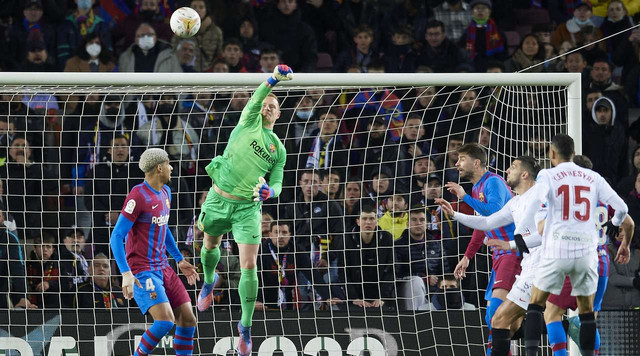 The club began to create chances from the start. Ferran Torres created his own chance in the eighth minute, going down the left flank before firing a shot past him. Frankie de Jong had a good chance after a pass from Dembele, but the ball flew over the crossbar.

Sevilla had more possession after the hosts’ action but they could not find any goal-scoring chances in the first half. The visitors were very well saved by goalkeeper Bono, who saved the team very well.

Marc-André ter Stegen, who spent most of the first half as a mere spectator, was called into action just two minutes into the second half when Eric Lamela struck the first shot against Sevilla. After the dangerous strike, the hosts regained control of the situation. And a dangerous strike was struck by Araujo, but Bono was on the spot.

Next, Barcelona continued on their way to scoring a goal. Pique had a great header but the ball hit the crossbar. But in the 72nd minute, Pedri delighted the crowd with a powerful shot into the bottom corner. 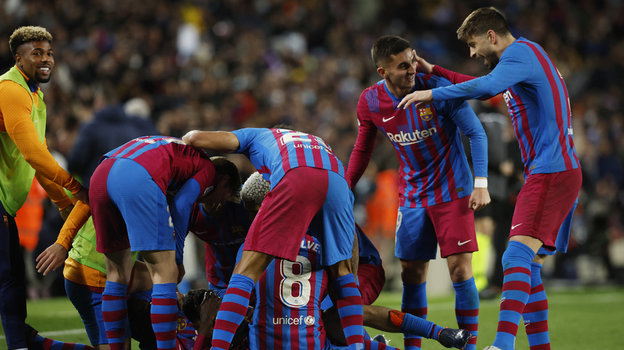 This goal was Barcelona’s victory over Sevilla. As a result, the hosts take three points and continue to fight for the championship. Sevilla, meanwhile, is in fourth place and fighting for a place in the Champions League.